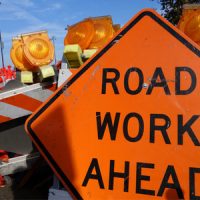 People who are fed up with their stressful jobs often say that they wish that they had gone to truck driving school, but driving a truck involves every bit as much vigilance and responsibility as the office job that is trying your patience.  Truck drivers must inspect and maintain their trucks before and after every shift.  There are strict rules about everything, from meal breaks to weigh stations.  There are even physical fitness requirements for driving a truck; certain medical problems can disqualify you from eligibility for long-distance truck driving.  All of these rules are because a small problem with the truck or with the driver’s health could lead to a major accident that could cost dozens of human lives and cause millions of dollars in damage.  A South Carolina truck accident lawyer can help you recover damages if you have been injured in a collision with an 18-wheeler.

Families of Victims Sue Truck Driver and His Employer

In the summer of 2019, the South Carolina Department of Transportation was doing a road improvement project on U.S. 501 near Aynor.  In July, a 2014 Freightliner truck crashed into the work site, hitting several men working on the road before crashing into two cars; Cecil Morgan, 35, and David Sibbick, 29, died as a result of the crash.  Both victims were employees of the South Carolina Department of Transportation.

Morgan’s family filed a lawsuit against the driver James Williams and his employer Ferguson Enterprises, which is based in Virginia.  Sibbick’s family filed a separate lawsuit against the same defendants.  The plaintiffs in both lawsuits make the same allegations of negligence.  They claim that a malfunction of the truck’s brakes, which were not properly maintained, was the immediate cause of the accident and that the truck was not inspected before the trip.  An inspection would have revealed that the brakes were not functional.  They also claim that, at the time of the accident, Williams was not medically fit for the driving assignment, since he suffers from hypertension, severe obesity (a body mass index of 40 or higher), and obstructive sleep apnea.  They allege that Williams’ health issues made it difficult for him to stay alert, which led to his error which caused the crash.  They claim that the truck, which was traveling at 50 miles per hour at the time of the collision, did not yield to the signs that urged drivers to slow down because of the road construction.  The report on the WMBF news site did not specify the amount that either plaintiff is seeking in damages.

While it is not necessary to conduct a full inspection on a car every time you drive, failing to inspect a truck before every trip can have disastrous consequences.  A Columbia car accident lawyer can help you recover from the financial devastation caused by a trucker’s error.  Contact The Stanley Law Group for a consultation on your case.