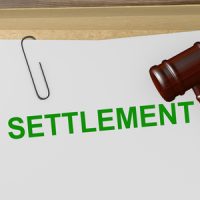 If a car makes a turn and settles in a lane on the new road, and another car comes along and hits it, a shouting match might ensue between the drivers.  They might go to the emergency room to be examined and make sure that they are not seriously injured.  The worst consequences of the accident will probably be the financial ones.  If the settlements from the insurance companies are enough to cover the costs of vehicle repair, the drivers will still see their insurance premiums go up.  They may even have to pay out of pocket for a rental car or rideshare rides when their cars were being repaired.  If a truck hits a car that has just made a turn, though, the consequences are much worse; the damage could be irreparable.  While personal injury and wrongful death lawsuits cannot bring back the life or health of the accident victim, a South Carolina truck accident lawyer can help the families of truck accident victims replace the financial support they lost when their breadwinner got hit by a truck.

Father of Five Killed in Collision with Peterbilt Truck

On November 18, 2017, Julio Cesar Castro Perez was driving his 2009 Honda Civic on a short errand.  Castro made a left turn from Yarborough Road onto Newberry Highway in Saluda County.  He stopped at a stop sign to make sure the coast was clear before making the turn.  A 1993 Peterbilt tractor trailer veered across the line between lanes and collided head on with the Honda; the truck’s logging trailer was empty at the time of the collision.  Castro, 45, was pronounced dead on the scene.

Euridis Castro, the wife of Julio Cesar Castro Perez, filed a lawsuit against Benny G. Shelton, the driver of the truck.  She also named his company, Benny Shelton trucking, as a defendant.  The plaintiff claimed that, at the time of the accident, Julio Castro had completed his turn and that the only reason the truck could not avoid hitting him was that its brakes failed.  Shelton, of Kentucky, claimed that his brakes were fine but Castro had made a risky move by turning when an oncoming truck was so close; he argued that Castro had not even completed the turn when the truck struck his car.

All trucking companies must carry insurance exactly because of scenarios like this one.  Benny Shelton Trucking’s insurance policy with Lancer Insurance Co. covers up to $1,000,000 in claims.  The company reached a settlement in which it paid $975,000 to Castro’s family.  After attorney’s fees, the family was to be divided among Euridis Castro and the couple’s five children.  The two oldest children are adults and live in Guatemala.  The three youngest children are minors and live in South Carolina; they will receive their share of the settlement money when they reach adulthood.

A truck accident lawyer can help you get a fair settlement from the trucker’s insurance company.  Contact the Columbia car accident lawyers at The Stanley Law Group for a consultation on your case.