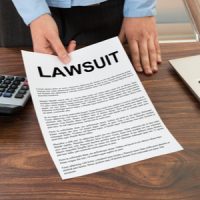 On October 4, 2019, just after 4:00 in the afternoon, Marco Antonio Rodriguez-Vasquez of Okatie was riding his 2005 Yamaha motorcycle eastbound on Sun City Boulevard.  A 2005 PT Cruiser turned left from 278 onto Sun City Boulevard, in order to enter the Sun City Hilton Head gated community.  The PT Cruiser struck Rodriguez-Vasquez’s motorcycle, and he was pronounced dead at the scene.  The driver of the PT Cruiser sustained minor injuries in the collision; she was treated at a hospital and then released.

Miranda Compton Rodriguez, the wife of Rodriguez-Vasquez and the mother of his three children, filed a wrongful death lawsuit against the driver of the PT Cruiser.  The Beaufort County Court of Common Pleas received the complaint on November 19, 2019, but the news report published in the Island Packet did not reveal the defendant’s name.

Rodriguez-Vasquez’s family is suing the driver for actual and punitive damages, plus court costs and attorneys’ fees.  Actual damages are compensation for the financial losses the family suffered as a result of Rodriguez-Vasquez’s untimely death, including funeral expenses and lost income that Rodriguez-Vasquez would have earned if he had lived and remained healthy enough to work until retirement age.  They can also include non-economic damages, such as loss of companionship and the family’s emotional suffering on account of their bereavement.  (In personal injury lawsuits, non-economic damages are often called “pain and suffering.”)  The Island Packet did not report the amount in damages that the family is seeking in the lawsuit.

A motorcycle accident can turn your life upside down and deprive your family of its main source of financial support.  Contact The Stanley Law Group in Columbia, South Carolina or call (803)799-4700 for a free initial consultation.

By The Stanley Law Group | Posted on July 24, 2020
« Family of Saluda County Man Struck by 18-Wheeler Receives $975,000 from Trucker’s Insurance Company
Lessons Plaintiffs Can Learn from Vanessa Bryant’s Wrongful Death Lawsuit Against the Parties Responsible for the Helicopter Crash That Claimed the Lives of Kobe and Gigi »