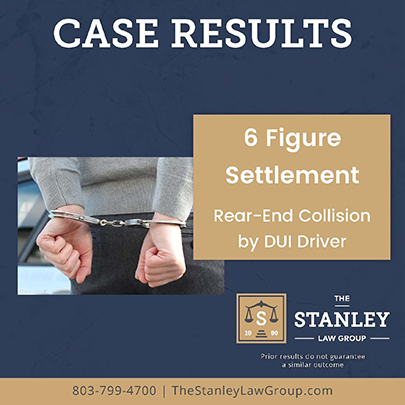 On September 4, 2019, our client Mr. James Williams, was traveling home after a hard day of work when an irresponsible person made the decision to drive while under the influence. That driver failed to slow for traffic and rear-ended our client at a high rate of speed. To make matters worse, this is not the first time the at-fault driver chose to drive under the influence and place others’ lives at risk.

After the crash, Mr. Williams went into shock as it took a moment to grasp what happened. He immediately felt pain all over his body as a result of the impact of the collision and was taken to the hospital by ambulance. Meanwhile, the young lady who struck his vehicle was arrested and charged with DUI, 2nd offense.

Mr. Williams’ injuries were severe, requiring surgery and he could not work for approximately 6 months. The road to recovery was long and hard, particularly at 69 years old, but he did not give up. Mr Williams was determined to make a full recovery and get back to work.

Today Mr. Williams is feeling healthy. He made a remarkable recovery and enjoys being able to work again.

“My advice to anyone going through this is to call The Stanley Law Group and don’t give up on yourself. Anything is possible! I never gave up and I’m walking very well now.” 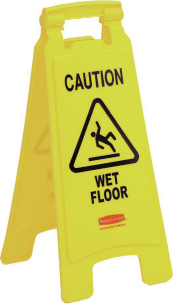 On the afternoon of March 6, 2017, an employee of a convenient store had mopped the floor of the premises but failed to place wet floor signs in the area that were mopped to warn customers of the potential hazard. Shortly thereafter, our client, Bernard Williams entered the same convenient store to purchase a beverage. As he walked toward the beverage cooler, Mr. Williams suddenly slipped in a pool of water on the floor, causing him to fall to the ground and severely injury his back.

Mr. Williams underwent extensive medial treatment to his back, including multiple surgeries. He struggled with the pain in his back for several months with little relief.
We helped Mr. Williams find the right doctors who provided excellent medical treatment using cutting edge technology to treat his back and minimize the pain he suffered from on a daily basis.
By the time we were done with his case, we reached a large six figure settlement and got the attention of the insurance company after months of not receiving any offers despite their knowledge of the claim and the severity of Mr. Bernard’s injuries.

We’re happy to say that Mr. Bernard got the justice he deserves.
“My advice to anyone who gets into any kind of accident is to call Mr. Mark, he is Fantastic! He went above and beyond to help me with everything I needed. He was there when no one else was, I can’t thank him enough.” 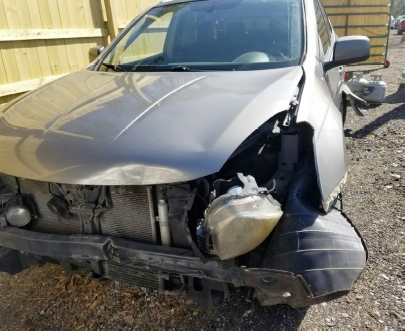 On February 10, 2017 our client, Kelli Gouin was stopped at a stop sign in Rock Hill, South Carolina when she was rear-ended by another vehicle that was traveling at a high rate of speed. The force of the impact pushed Ms. Gouin’s vehicle into an intersection and into oncoming traffic causing her to strike another vehicle. As a result of this accident, Ms. Gouin sustained significant bodily injury necessitating her to undergo extensive medical treatment.

Despite the initial unfair offers made by the insurance company, we fought to get Ms. Gouin the high six figure settlement that she deserved.

“Mark was the second person I called after my accident. My advice to anyone in a similar situation is to call Mark. He had my best interest at heart and looked out for me. The entire staff made me feel very comfortable and I always felt like they were on my side” 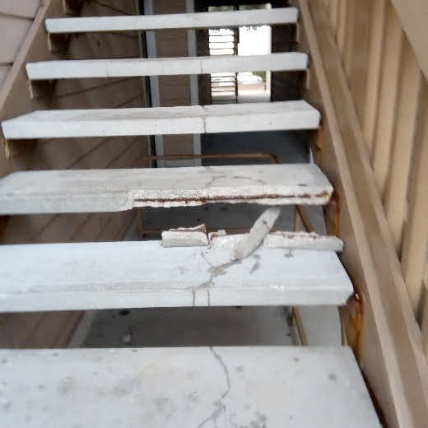 On June 6, 2017 our client, Aubrey Frost, was the resident of an apartment complex in Columbia, SC. As he exited his apartment and walked down the stairs to the ground floor, the concrete stairs suddenly broke causing Mr. Frost to fall to the ground. At the time of the fall, the complex did not have any warning signs posted anywhere near or around the concrete steps to inform Mr. Frost of the damaged concrete steps and to warn him of the danger.

As a result of this fall, Mr. Frost sustained significant bodily injury making it difficult for him to sleep, walk long distances and lift heavy items.

After weeks of therapy with no relief, we put Mr. Frost in touch with our network of highly qualified medical professionals who were able to provide the requisite medical care and treatment to help him recover from his injuries.

Today Mr. Frost is able to go on long walks, do his grocery shopping comfortably and he is sleeping much better.

We helped Mr. Frost recover from his horrific fall while fighting the insurance company to receive the compensation that he deserves.

“My advice to anyone who was hurt in an accident like I was, is to always consider getting a second opinion if you feel like the medial treatment you’re getting isn’t working. I told Mark that I didn’t think physical therapy was helping me to feel better so he helped me to find another option that worked.” 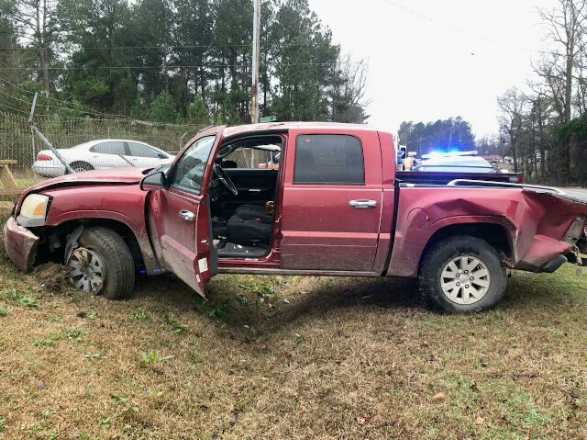 On January 3, 2019 our client, Tiwanda Ceasar, was traveling northbound on Highway 301 near Manning, South Carolina when a Tow Truck suddenly struck the back of her vehicle at a high rate of speed. The force of the impact caused her vehicle to leave the roadway, overturn and strike a nearby fence.

As a result of this accident, Ms. Ceasar suffered from severe pain in her head, back, ribs and right knee. Her pain levels were described as a 10 out of 10, making it difficult for her perform her daily activities. Additionally, she had extreme anxiety about getting into a car.

We assisted Ms. Ceasar in finding the proper physicians to provide the necessary medical treatment to recover from her injuries.

While Ms. Ceasar focused on healing, we fought with the insurance and we got Ms. Ceasar the large settlement that she deserved.

“My advice to anyone in a situation similar to mine is do NOT try to handle your case on your own. Consult a lawyer. Initially, I tried to handle it on my own but the insurance adjuster was very rude and gave me the run around so I called The Stanley Law Group and they took care of everything. I can’t thank them enough. Attorney Mark Stanley was so kind to me and Alicia would always call and check on me.” 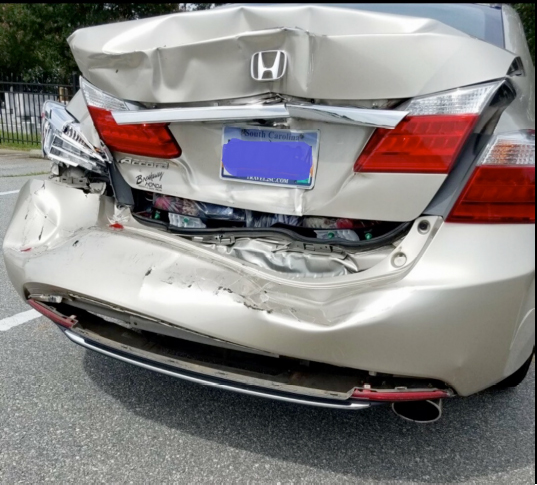 On September 6, 2018 our client, Jimiyah Brown (age 21), was leaving work to pick up her sister from day care as she usually does. While in route, she stopped for a red light and an inattentive professional driver who was operating a commercial vehicle weighing over 20,000 pounds failed to stop and struck Ms. Brown forcefully at a high rate of speed.

Miraculously Ms. Brown survived the accident but was left with severe injuries to her neck and lower back. Her injuries prevented her from being able to stand for long periods of time which caused her to be out of work for weeks.

The road to recovery was difficult for Ms. Brown as she went through months of therapy, extensive orthopedic care and treatments, and multiple injections to relieve her pain.

Today she is back to work and is moving around comfortably again.

After negotiating with the insurance company with our knowledge of the regulations involving commercial motor vehicles, we were able to get Ms. Brown the large settlement she deserved, just 2 months after her treatment ended.

“My advice to anyone in a situation similar to mine is to have patience. Give your body time to heal and recover.”

On March 24, 2017 our client, Marlo Dickens, was driving to Hilton Head, SC with 2 friends to play golf. Not long after exiting the interstate he stopped at a stoplight and before he knew it glass was flying from the back of his vehicle. His back window had been completely shattered and the force of the impact sent his car flying off the roadway and broke the headrest of his seat. It wasn’t until he saw a Tractor Trailer pulling off to the side of the road that he realized he had been rear ended by the massive 41,000 pound vehicle.

Mr. Dickens suffered from neck pain, lower back pain and severe pain in his left knee as a result of the accident. He underwent 2 surgeries to repair his knee and had to walk with crutches for 3 months before learning how to use his knee again. After months of rehab he’s able to enjoy playing golf again but still has limitations when it comes to more physical sports that he used to enjoy such as flag football.

We worked on Mr. Dickens case for over two years, collecting all of the evidence and data from the truck we needed to fight the insurance company tooth and nail for a justifiable settlement. After turning down several offers we negotiated Mr. Dickens settlement up to more than 60% of what was initially offered.

“My advice to anyone in a similar situation is to be patient because this is not a quick process. Listen to your doctor and contact your attorney whenever you have a question.”

*No fee if no recovery. Fees computed before deducting expenses from recovery. "We don’t get paid until you get paid” or similar language refers only to fees charged by the attorney. Court costs and other additional expenses of legal action usually must be paid by the client. Contingent attorneys' fees refers only to those fees charged by attorneys for their legal services. Contingent fees are not permitted in all types of cases.

Any result the lawyer or law firm may have achieved on behalf of clients in one matter does not necessarily indicate similar results can be obtained for other clients. Verdicts, awards, and total recoveries presented reflect gross numbers, before attorneys’ fees, costs and expenses are deducted.

Cases are handled by a lawyer at The Stanley Law Group, P.A., who primarily practice out of our office in Columbia, SC at 1418 Park Street, Columbia, SC. An attorney, investigator, or a representative of the firm may visit you anywhere in SC for initial investigations in many circumstances.

DISCLAIMER: Information on this website is not legal advice. Reviewing the information on this website does not create an attorney-client relationship with the law firm. Nothing presented on this website reflects an endorsement by the U.S. Government or any branch of the military. Cases are handled by a lawyer at The Stanley Law Group, P.A., who primarily practice out of our office in Columbia at 1418 Park Street, Columbia, SC. The attorney, investigator, or a representative of the firm may visit you anywhere in SC for initial investigations in many circumstances. Mark B. Stanley licensed in SC & FL. H. Ronald Stanley licensed in SC. No fee if no recovery. Fees computed before deducting expenses from recovery. "We don’t get paid until you get paid” or similar language refers only to fees charged by the attorney. Court costs and other additional expenses of legal action usually must be paid by the client. Contingent attorneys' fees refers only to those fees charged by attorneys for their legal services. Contingent fees are not permitted in all types of cases. Any result the lawyer or law firm may have achieved on behalf of clients in one matter does not necessarily indicate similar results can be obtained for other clients. Verdicts, awards, and total recoveries presented reflect gross numbers, before attorneys’ fees, costs and expenses are deducted.