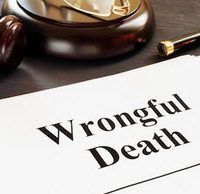 Most people who file wrongful death lawsuits do so in order to recover damages for the financial losses they suffered when a family member of whom they depended on financially died an untimely death.  Why, then, is Vanessa Bryant suing the helicopter company that operated the flight during which her husband Kobe and 13-year-old daughter Gianna died?  The family’s net worth is more than half a billion dollars; Mrs. Bryant has more than enough money to support herself and her three surviving daughters.  Besides, family members are irreplaceable; no matter how much money the court might award her in the wrongful death lawsuit, it will not bring back her husband and daughter.  The reason is that wrongful death lawsuits are not just about money; they are about getting the court to declare that the defendant is responsible for causing the victim’s death and about getting the defendant to admit responsibility.  The Bryant family’s highly publicized lawsuit highlights many aspects of how wrongful death lawsuits work and what they accomplish.  To find out more, contact a South Carolina wrongful death lawyer.

Kobe Bryant, 41, and his daughter Gianna “Gigi” Bryant, 13, were two of the nine people killed when the helicopter they were riding in plunged from the sky and crashed into a hillside near Calabasas, California on January 26, 2020.  Also among the victims was the pilot Ara Zobayan.  The wrongful death lawsuit names Zobayan’s estate as a defendant, as well as Island Express Helicopters and Island Express Holding Corp., the companies that owned the helicopter Zobayan was flying.

Zobayan’s decisions during the fateful flight may have constituted negligence.  While the cause of the accident is still under investigation, Zobayan may have known before he took off that visibility would be low, such that merely taking off on such a cloudy day could count as negligence.  The rationale behind suing the companies is that companies are legally responsible for the actions of their employees.

It’s Not Always About the Money

If the Bryant family wins the lawsuit, the consequences could go well beyond making a wealthy family wealthier.  If the damages awarded in the judgment are too high for the defendants to pay, they may have to go out of business; it could serve as a cautionary tale throughout the helicopter industry.  The ruling in the case could also set a precedent for other lawsuits.  As Michael McCann of Sports Illustrated points out, Vanessa Bryant cannot impose criminal penalties on the defendants (only the government can do that) or take away the helicopter company’s business license (only regulatory bodies can do that), but a civil lawsuit for wrongful death is a remedy available to her.

If you have lost a close family member because of a preventable accident, you might have grounds for a wrongful death lawsuit.  Contact the Columbia wrongful death attorneys at The Stanley Law Group for a consultation today.