South Carolina Court Awards $350,000 to Widow of Pedestrian Struck by Car that Skidded on Icy Road 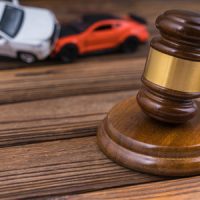 South Carolina is more famous for its sunny summers than for its snowy winters, but when the temperatures get down to the 30s, it is possible for the roads to become icy even when there is no snow falling.  Local governments have strategies for protecting people from the dangers of driving on ice.  Depending on how much snow falls in the area or how long the roads stay frozen, the local government might send snow plows to remove the snow or salt trucks to melt the ice.  They might post signs to alert drivers of vulnerable areas, such as bridges, where water can turn to ice on the road even when the air temperature is slightly above freezing (so that the falling precipitation is rain, not snow).  If conditions are especially hazardous, they could even close the roads to traffic, except for emergency vehicles such as ambulances, during a major winter storm.  While local governments cannot control how much rain or snow falls within their city or county, their administration decisions can prevent accidents in inclement weather.  If someone gets injured in a car accident because of dangerous road conditions, the city or county government can be held legally responsible, and a court could require them to pay damages to the victim.  A South Carolina car accident lawyer can help you recover damages if you have been injured in a car accident caused by inclement weather.

In his 28 years of life, Clayborn Jester became an accomplished engineer, but he was better known for his selflessness.  In February 2016, one of Jester’s co-workers was stranded on I-385 near Greenville after a car accident.  The ice on the roads after a freezing rain had caused the co-worker to crash his car.  On the advice of a Greenville police officer who stopped to take a police report about the accident, the co-worker called Jester to pick him up.  Jester parked his car a safe distance from where his co-worker’s pickup truck had skidded off the road and walked toward the scene of the accident.  Another car that was passing by slid on the ice and struck Jester, causing him to fly over a concrete retaining wall and fall down an embankment to his death.  The co-worker, the police officer, and a passenger in the car also suffered injuries.

Jester’s wife Brittany filed a wrongful death lawsuit against various government entities.  She claimed that the police should have closed down the stretch of road after Jester’s co-worker slid on the ice there, instead of encouraging Jester to drive and walk there.  Pursuant to a settlement agreement signed in 2019, Brittany Jester received $75,000 from Travelers Indemnity Company, $50,000 from the Department of Public Safety, and $225,000 from the Insurance Reserve Fund of the State of South Carolina.

Even if inclement weather played a role in an accident, the accident might still have been preventable.  Contact the Columbia car accident lawyers at The Stanley Law Group for help today.

By The Stanley Law Group | Posted on July 30, 2020
« Lessons Plaintiffs Can Learn from Vanessa Bryant’s Wrongful Death Lawsuit Against the Parties Responsible for the Helicopter Crash That Claimed the Lives of Kobe and Gigi
Hundreds of Thousands of Cars Currently on the Road in South Carolina Might Have Defective Airbags »