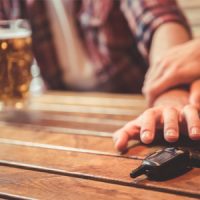 According to South Carolina law, if you are injured in a car accident, you can sue the driver that caused the accident.  If the driver was under the influence of alcohol or drugs, your case against him or her is especially persuasive.  The debate over how much legal responsibility bystanders have to prevent people who are obviously intoxicated from driving can affect your personal injury case.  If a drunk driver injures you, you have a case against the drunk driver, but you might also have a case against other parties that enabled him or her to drive drunk.  A South Carolina car accident lawyer can help you determine the best way to recover damages if your injuries are the result of a collision with a drunk driver.

If you have ever worked as a server or bartender in a restaurant, your workplace probably had a rule that you could not continue serving alcohol to people who were already dangerously drunk or that you could not exceed a certain number of drinks per customer in a given time period.  The reason for these rules is that, when someone gets drunk at an establishment that serves alcohol to be consumed on-site, the establishment can be legally liable for damages caused by the intoxicated customer.  These laws are called dram shop laws; dram shop is a nineteenth century term for a bar, salon, or tavern.  Dram shop laws are older than the automobile, but they can and do apply when a drunk driver injures someone in a car accident after drinking at a restaurant or bar.

On October 23, 2016, Patricia Hale ran a red light on Pine Island Road in Garden City and crashed into a car that was making a left turn.  The accident was disastrous for the couple riding in the car; Samantha Herzig was killed, and Charles Young suffered serious injuries.  Hale pleaded guilty to reckless homicide and was sentenced to five years in prison; the judge offered to suspend her prison sentence if she would pay $180,000 in restitution.

Young filed a civil lawsuit against Garden City Beach Bar and Grill, the restaurant where Hale consumed alcohol before the crash.  He alleges that the restaurant was negligent in continuing to serve alcohol to Hale when she was obviously intoxicated, and also for failing to train and supervise its employees so that they would prevent drunk driving incidents like the one that caused Hale’s injuries.  He is seeking more than one million dollars in damages and has requested to have the lawsuit decided at a jury trial.

South Carolina law allows you to seek damages from the bar or restaurant that served alcohol to the drunk driver that injured you.  Contact the Columbia car accident attorneys at The Stanley Law Group for help today.