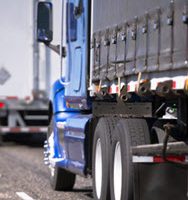 A collision between a car and a truck is almost always bad news for the occupants of the car.  Trucks are so big that the impact of a crash involving a truck can affect multiple vehicles.  When you hear about pile-ups of ten or more cars on the highway, they almost always involve a truck.  Anyone injured in an accident involving a truck has the right to file a personal injury lawsuit, as long as the plaintiff does not bear more than 50 percent of the fault for causing the accident.  If your insurance company is not offering you enough compensation for the losses you sustained as a result of a truck accident, contact a South Carolina truck accident lawyer.

Details of the US 221 Crash

At about 8:20 in the morning on June 2, 2020, a Ford Edge collided head-on with a semi truck on US 221 near Modoc, South Carolina.  The accident took place 12 miles south of McCormick, near Hamilton Branch State Park.  The driver of the Ford was traveling south, when his car drifted across the center line and collided head-on with a semi truck that was traveling north.  He was wearing a seat belt; if he had not been wearing one, he would have been ejected from the car.  Instead, he was trapped in the car, and first responders had to use the Jaws of Life to get him out.  He died at the scene of the accident.

The driver of the tractor-trailer was injured in the crash and was taken to a nearby hospital for treatment.  The impact of the crash caused debris to fly from the truck and hit two nearby vehicles, namely a log truck and a Nissan Altima.  News reports about the accident did not specify whether the drivers of those vehicles were injured.

Most, if not all, of the fault for this accident rests with the driver of the Ford Edge, who was killed in the accident.  South Carolina is a modified comparative negligence state, which means that a person injured in a traffic accident can sue for damages as long as he or she was less than 50 percent responsible for causing the accident.  Anyone injured in this accident might be able to recover damages from the estate of the driver of the Ford Edge; this is only a worthwhile use of the injured people’s efforts if the driver had enough money to pay the damages they are requesting.  The truck driver’s medical treatment will probably be covered by his employer’s workers’ compensation insurance, since his injuries are work-related.

A Columbia personal injury lawyer can help you get a big enough insurance settlement to cover your accident-related losses, or else file a personal injury lawsuit against the party at fault for the accident.  Contact The Stanley Law Group in Columbia, South Carolina or call (803)799-4700 for a free initial consultation.

By The Stanley Law Group | Posted on July 3, 2020
« Preteen Riding in Back Seat Dies in Single-Vehicle Crash in Lexington County
Horry County Man Sues Restaurant Where Driver Got Drunk Before Fatal Crash »