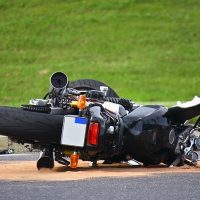 South Carolina, like many states, has enacted dram shop liability laws.  Dram shop liability is a type of premises liability where people injured in drunk driving accidents can seek damages from the establishment (bars used to be called “dram shops”) that served alcohol to the driver immediately before the accident.  Even if you are the person who drove drunk and caused the accident, you still have a right to sue, claiming dram shop liability, because part of the fault for the accident belongs to the bar where the employees had a duty of care not to serve you alcohol when it was obvious that you were too drunk to drive.  If you got injured in a DUI crash, and you were not the drunk driver, you can seek damages from the at-fault driver as well as the bar that served them alcohol.  To find out whether dram shop liability laws apply in your motorcycle accident case, contact a Columbia motorcycle accident lawyer.

Biker Sentenced to Prison After Pleading Guilty to Reckless Homicide

On May 29, 2019, Jayson Angus and Leigh Ann Kurtz dined and drank at Captain Archie’s, a North Myrtle Beach restaurant.  According to a lawsuit filed by Kurtz’s daughter, Angus was noticeably intoxicated after consuming several drinks at the bar, but the restaurant employees continued to serve him drinks.  Angus and Kurtz left the bar riding on Angus’s motorcycle.  Angus was speeding on Old Highway 17 when he collided with a concrete median, causing him and Kurtz to be ejected from the motorcycle.  Angus made a full recovery from his injuries, but Kurtz, who sustained severe head trauma and internal bleeding, died of her injuries several days after the accident.  She was 51 years old.

Angus was charged with reckless homicide and pleaded guilty.  In February 2022, he received a sentence of seven years in prison, but the judge agreed to suspend the rest of his sentence after Angus serves three years.  After his release from prison, Angus, 50, must complete four years of probation in Horry County.

Meanwhile, Kurtz’s daughter filed a wrongful death lawsuit on behalf of her mother’s estate; she named Angus and Captain Archie’s as defendants.  The defendants settled the case without going to trial.  Captain Archie’s must pay $750,000 to Kurtz’s estate, and Angus must pay just over $800,000.  Even if Angus has not been convicted in causing Kurtz’s death, her daughter still may have been able to prevail in a civil lawsuit against him or against Captain Archie’s.  The standard of evidence required to award damages to a plaintiff in a personal injury or wrongful death lawsuit is lower than the standard of evidence required to convict a defendant of manslaughter.

By The Stanley Law Group | Posted on April 6, 2022
« One Of Four Occupants Of Car In Single-Vehicle Crash Dies
Teen Charged With DUI Manslaughter After Striking Pedestrian With His Pickup Truck »