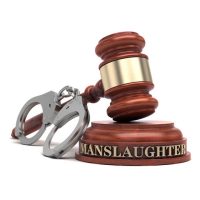 The criminal courts in South Carolina have the option to try minors as adults if the crimes of which the teens are accused are of the most serious kind, such as if they involve loss of human life.  This means that teens who have only recently gotten their driver’s licenses can be sentenced to prison terms if they cause car accidents that are sufficiently destructive.  A car is much stronger than a pedestrian that it strikes, no matter the age of the person behind the wheel.  As of February 2022, a Spartanburg teen is being held without bond after his pickup truck fatally wounded a pedestrian while the young driver was under the influence of prescription medication.  If you have suffered serious injuries in a DUI accident involving a teen driver, contact a Columbia car accident lawyer.

On the afternoon of February 8, 2022, Caleb Kennedy, 17, was driving a pickup truck on a residential street in Spartanburg County.  He lost control of the truck and veered onto a driveway where Larry Duane Parris, who operates a boat repair shop out of his home, was repairing a boat.  The impact sent Parris flying, and it was only then that Kennedy realized that he had hit someone.  He got out of the truck, apologized to Parris, called 911, and held Parris in his arms until paramedics arrived.  Parris, 54, later died of his injuries at the hospital.

Kennedy told police that he had been taken a prescription medication as instructed by his doctor, but that it had never impaired his ability to drive before.  He said that he had been vaping at a friend’s house before the fateful drive, and that the effects of the e-cigarette may have interacted with his medication and caused him to lose focus while driving.

Now Kennedy is facing criminal charges for DUI resulting in death, and prosecutors have decided to charge him as an adult.  A judge initially denied Kennedy bail, but Kennedy’s lawyer announced that he was trying to persuade the court to allow Kennedy to post bail, because of his young age and because he has consistently shown remorse for causing the fatal accident and has cooperated with law enforcement.  Even though Kennedy has no criminal history, DUI resulting in death is such a serious charge that he will probably receive a prison sentence even if he gets a plea deal, although his sentence will likely be shorter than if a jury were to convict him at trial.  Regardless of the outcome of the criminal case against Kennedy, Parris’s family has the right to file a wrongful death lawsuit against Kennedy in civil court.

The car accident lawyers at the Stanley Law Group can help you seek damages if you suffered serious injuries in a collision caused by a driver under the influence of a prescription drug.  Contact The Stanley Law Group in Columbia, South Carolina or call (803)799-4700 for a free initial consultation.

By The Stanley Law Group | Posted on April 7, 2022
« Motorcyclist And Bar Pay Settlement To Estate Of Passenger Killed In Motorcycle Crash
Can You Recover Punitive Damages After A Road Rage Accident? »