Can You Recover Punitive Damages After A Road Rage Accident? 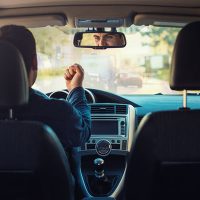 Car accidents are, by nature, unintentional, but courts and insurance companies still determine what percentage of the responsibility each driver, or any other relevant parties, has in causing the accident.  If you file a personal injury lawsuit against the at-fault driver (even if only part of the fault belongs to that driver, and the other part belongs to you), you can request economic damages, which are reimbursement for the property damages, medical expenses, and lost income resulting from your accident-related injuries; you can also request non-economic damages for pain and suffering or, in the case of a wrongful death lawsuit, for loss of companionship.  The law also allows plaintiffs in civil lawsuits to seek punitive damages, which are meant to deter the defendant from engaging in such negligent behavior in the future.  Punitive damages do not usually apply in car accident cases; courts only award them when the defendant got arrested for reckless driving or DUI resulting in serious bodily injury, or if the defendant caused the collision intentionally.  This means that, if the car crash where you got injured was not merely an accident but a case of road rage, you might be able to seek punitive damages in addition to economic and noneconomic damages.  To find out more, contact a Columbia motorcycle accident lawyer.

On July 3, 2019, Dedrick Strain was riding his motorcycle on U.S. 21, just south of Rock Hill.  According to witnesses, Joseph Rufo suddenly pulled his SUV in front of Strain’s motorcycle and hit the brakes, causing Strain to collide with the vehicle and then be ejected from the motorcycle and crash into a guardrail, suffering fatal injuries.  Strain was 25 years old.  He is survived by his parents, his siblings, his wife, and his daughter, who was five years old when Strain was killed.

Rufo was charged with Strain’s murder.  According to prosecutors, witnesses say that Rufo flew into a rage after Strain flipped the middle finger at Rufo and gestured toward the saddlebag of his motorcycle as if he had a gun.  If convicted of murder, Rufo could have faced a sentence of 30 years to life in prison.  In November 2021, Rufo, 45, took a plea deal, in which he pleaded guilty to involuntary manslaughter in exchange for the murder charge being dropped.  He was sentenced to six years in prison.

News sources did not say whether Strain’s family filed a civil lawsuit against Rufo or any other parties responsible for causing the accident.  Since there is strong evidence that Rufo intentionally caused the collision, they would be eligible to seek punitive damages in addition to economic and noneconomic damages.

The motorcycle accident lawyers at the Stanley Law Group can help you seek damages if you suffered serious injuries when someone intentionally caused their vehicle to collide with your motorcycle.  Contact The Stanley Law Group in Columbia, South Carolina or call (803)799-4700 for a free initial consultation.

By The Stanley Law Group | Posted on April 11, 2022
« Teen Charged With DUI Manslaughter After Striking Pedestrian With His Pickup Truck
Does It Matter If The Judge Lets The Drunk Driver Who Caused Your Accident Bail Out Of Jail? »