Close Menu
Columbia Personal Injury Lawyer > Blog > Car Accident > Does It Matter If The Judge Lets The Drunk Driver Who Caused Your Accident Bail Out Of Jail?

Does It Matter If The Judge Lets The Drunk Driver Who Caused Your Accident Bail Out Of Jail? 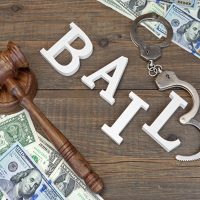 If you get injured in a DUI accident, you have the right to sue the driver who caused the accident, and in some cases, also the bar that served alcohol to the drunk driver before they got behind the wheel.  These proceedings happen in civil court, where the judge is deciding how much money, if any, to award you in damages for your injuries; no one goes to jail or prison because of a court’s ruling in a civil case.  Of course, driving under the influence (DUI) is a crime, as are other actions that can cause car accidents resulting in serious injuries, such as reckless driving, hit and run, or driving with a suspended license.  This means that some car accidents that cause serious injuries also involve the at-fault driver getting criminal charges.  You can win your personal injury case related to a drunk driving accident regardless of whether the at-fault driver gets convicted of DUI, and even if the driver never gets charged.  If you hire a Columbia car accident lawyer after getting injured in a DUI accident, your lawyer will closely follow the criminal case and help you make the best decisions based on its outcome.

On January 26, police were pursuing Antonio Henderson on North Main Street, since they suspected him of driving a stolen vehicle.  When an officer signaled for Henderson to stop, Henderson drove away at a high speed, eventually reaching 100 miles per hour.  Eventually, he ran a red light and collided with another vehicle, injuring two teens inside.

News reports have not released the name of the passenger in the struck vehicle but have only said that he was admitted to the hospital with injuries and later discharged.  The driver of the struck vehicle was Jessica Kolp, 18, a senior at Ben Lippen High School.  As of February 12, she remained hospitalized with broken bones, brain injuries, and lung injuries.

Henderson, 36, also suffered injuries in the crash, and the criminal case against him proceeded after he was released from the hospital.  He is being charged with two counts of felony DUI resulting in serious bodily injury and one count each of possession of a stolen vehicle and attempting to elude an officer.  His charges do not qualify for denial of bond, but the judge set the bond amount high, at $200,000, because of the severity of Kolp’s injuries and because of Henderson’s prior criminal history.  If Henderson posts bail, he will not be allowed to contact the victims’ families or operate a motor vehicle, and he will be required to wear a GPS ankle monitor.

The car accident lawyers at the Stanley Law Group can help you seek damages if you suffered serious injuries when a drunk driver collided with your vehicle at a high speed.  Contact The Stanley Law Group in Columbia, South Carolina or call (803)799-4700 for a free initial consultation.

By The Stanley Law Group | Posted on April 12, 2022
« Can You Recover Punitive Damages After A Road Rage Accident?
Lexington County Man Receives Prison Sentence For Causing Fatal Collision At Site Of Road Construction »