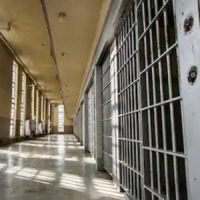 Some road repairs are simple enough that the construction crews can work at night, closing off the relevant sections of the road and then pausing their work at sunrise and reopening the roads for morning rush hour.  For the most extensive repairs, though, certain lanes of traffic must remain continuously closed for a period of days or weeks, and members of the construction crew must direct traffic in the remaining lanes.  This system can make your drive take longer than usual, but if the site is managed properly, then the workers directing traffic (sometimes called “flagmen,” because they sometimes hold flags) can prevent accidents by communicating with each other and with drivers.  Reckless driving near road construction is as dangerous as reckless driving anywhere, and this month, a judge handed down a sentence for a man who caused a fatal collision at a construction site in 2019.  If you have been injured in a car accident where road construction was a factor, contact a Columbia car accident lawyer.

During afternoon rush hour on June 14, 2019, there was road construction on US-178 in Lexington County, and flagmen were directing traffic.  The flagmen had instructed a Chevrolet Silverado to stop; Mildred Smith was a passenger in the back seat of the Colorado.  Bryan Christopher Powers approached the site in his Chevrolet Silverado.  According to road construction workers who witnessed the incident and testified at Powers’ trial, Powers did not slow down.  An investigation by the South Carolina Highway Patrol determined that, when his vehicle collided with the rear side of the Colorado, he was traveling at 63 miles per hour.  Smith was pronounced dead at the scene.  She was 81 years old.

Smith, 36, was charged with reckless homicide, a charge that carries a maximum penalty of ten years in prison.  He pleaded not guilty, and his case went to trial.  After hearing testimony from eyewitnesses, forensic experts, and members of the victim’s family, the jury returned a verdict of guilty.  In February 2022, a judge sentenced Powers to eight years in prison.  It is notable that he did not receive the maximum sentence because he did not take a plea deal and because he had prior convictions for domestic violence, burglary, and marijuana possession.

Wrongful death lawsuits in the civil courts are separate from proceedings in criminal court.  Even if Powers appeals his conviction, or even if he had been acquitted or if he had never been charged, Smith’s family has the right to seek damages in civil court from Powers or from any entities involved in the road construction, if there is evidence that they contributed to the accident.

The car accident lawyers at the Stanley Law Group can help you seek damages if you suffered serious injuries in a collision at a site where there was road construction.  Contact The Stanley Law Group in Columbia, South Carolina or call (803)799-4700 for a free initial consultation.

By The Stanley Law Group | Posted on April 18, 2022
« Does It Matter If The Judge Lets The Drunk Driver Who Caused Your Accident Bail Out Of Jail?
Fatal Motorcycle Accidents Do Not Always Involve A Car Striking A Motorcycle »