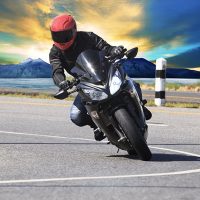 Since Christmas 2021, at least four fatal motorcycle accidents have taken place in South Carolina.  These are four such accidents reported by The State and the WMBF News website:

Because these accidents happened so recently, no news reports are available about civil or criminal legal cases arising from these accidents.  It is possible that preventable road hazards were to blame for some of these accidents.  If any of the riders were under the influence of alcohol, dram shop liability laws could apply.