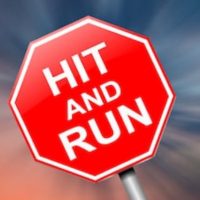 Comparative negligence is a legal doctrine that acknowledges that multiple people contributed to an accident, and each of them could have prevented it if they had done things differently.  Rarely are car accidents entirely one person’s fault; cases where one person bears 100 percent of the fault are the exception rather than the rule.  An example of an accident that is entirely one person’s fault is if one car is stopped at a red light and has been since the light turned red, and just before the light turns green, another car traveling at 40 miles per hour rear ends the first car.  If you get injured in a traffic accident, you have the right to sue any party that contributed to the accident or bears legal responsibility for a vehicle that hit you or a dangerous area where the accident happened.  Even if some of the fault belongs to you, you still have the right to sue, but the amount of money the court can award you is reduced proportionally to your percentage of fault.  For example, if you bear 20 percent of the fault for the accident, the court may order the other driver to pay 80 percent of your accident-related medical expenses.  If you were injured in a motorcycle accident, contact a South Carolina motorcycle accident lawyer.

The accident happened on October 7.  A man was riding his Harley Davidson motorcycle westward on Clemson Road in Richland County when he struck a Jeep Cherokee near the intersection of Salusbury Lane.  As a result of the collision, the motorcyclist fell into the road.  Yvette Gonzalez of Columbia, who was also driving westbound, struck the motorcyclist with her Honda Accord and left the scene.  The motorcyclist, who was not wearing a helmet at the time of the accident, was taken to the hospital, where he died.  Gonzalez, 62, was arrested shortly after the accident and charged with DUI and leaving the scene of a fatality accident.  She is currently in jail, pending a judge’s decision about a bond amount.

Gonzalez will likely face criminal penalties for her role in the fatal accident, but if the victim’s family files a wrongful death lawsuit, a court will likely determine that Gonzalez does not bear 100 percent of the fault.  How fast she was driving at the time of the accident makes a difference; if she was driving the speed limit and tried to avoid hitting the motorcyclist, she will bear less fault than if she was speeding.  It also depends on how much fault the driver of the Jeep Cherokee bears and whether the motorcyclist’s injuries from the collision with the Jeep were survivable.  Expert witnesses will also have to determine what the motorcyclist’s chances of survival would have been if he had been wearing a helmet.

By The Stanley Law Group | Posted on November 2, 2021
« Who Is Liable When The Medicine Was Prescribed Correctly But Administered Incorrectly?
How Preventable Is Sepsis? »