How Preventable Is Sepsis? 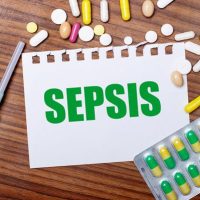 When you file a medical malpractice lawsuit, you must show the error by the doctor or hospital employee was a breach of the standard of care, which means that someone qualified to do the job would have made a different decision under the circumstances.  In other words, you are not just trying to prove that the patient suffered an adverse outcome under a physician’s care; you are also trying to prove that the adverse outcome was preventable.  This can be a challenge if, before seeing the doctor or entering the hospital that you have named as defendants in the lawsuit, the patient was already in a vulnerable state of health and at high risk for life-threatening complications.  Sepsis is a dangerous immune response to infection, so it is not possible that a doctor can cause a patient to develop sepsis, only that a doctor can fail to prevent it or to provide appropriate treatment for it.  If you or someone in your family developed sepsis while in a hospital or nursing home, contact a South Carolina medical malpractice lawyer.

Sepsis Is as Terrifying as It Sounds

Sepsis is not an infection, an allergic reaction, or a medication side effect.  It is the immune system’s dysfunctional response to infection.  A normal immune response involves the white blood cells attacking the virus or bacteria causing the infection, but in the case of sepsis, the immune system attacks your own organs and tissues instead of fighting the germs.  Signs of sepsis include fever, mental confusion, and extreme fatigue, sometimes to the point that the patient will not wake up.  Without prompt treatment, sepsis can be fatal; three out of ten sepsis patients do not survive.  Of the surviving patients, about half develop post-sepsis syndrome which involves chronic pain, fatigue, insomnia, mood changes, and difficulty with concentration and memory.

Is Sepsis a Sign of Lack of Infection Control in Healthcare Facilities?

Doctors diagnose 1.5 million cases of sepsis per year; it is the most common reason for emergency room visits and hospital admission among nursing home patients.  Many patients who develop sepsis already have weakened immune systems and underlying chronic illnesses, but some were healthy before the infection that triggered the sepsis response.  For example, patients prone to urinary tract infections because of adult diapers or urinary catheters are a high-risk group.  The only thing that all sepsis patients have in common is that they all had an infection before their immune systems responded with sepsis.  Therefore, improper infection control practices in hospitals and nursing homes increase the risk of patients becoming ill with sepsis.  If someone in your family contracted an infection that led to sepsis while they were in a residential nursing facility or receiving hospital inpatient care, you should investigate more about the facility’s infection control procedures.

A Columbia personal injury lawyer can help you recover damages if the employees of a hospital or nursing home failed to prevent or diagnose a life-threatening infection.  Contact The Stanley Law Group for help with your case.

By The Stanley Law Group | Posted on November 3, 2021
« Motorcyclist Dies In Richland County Hit And Run Accident
Is Skydive Carolina Liable For Death Of Experienced Skydiver? »