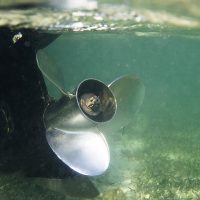 Jaden Phillips of Elgin loved the outdoors, so a boat trip was the obvious choice of place to celebrate his 19th birthday in May 2020.  He went out on a riverboat with his friends; they had planned to spend several days camping.  Their first stop was a sandbar about 40 miles south of the Gervais Street bridge.  Early in the evening, Phillips and four friends got back into the boat to head to their next destination, but disaster struck when the boat went under a tree with low-hanging branches; the party’s fishing poles got tangled in the leaves, and Phillips hit his head on a branch and lost consciousness.  When the boat returned to the dock in Richland County near the Calhoun County line, a bystander on the boat ramp called 911 when it became obvious that Phillips was injured.  First responders took Phillips to the hospital, but he never recovered from his injuries; he died four days after the accident.  Nearly two years after the accident, his parents filed a wrongful death lawsuit against Richland County and the South Carolina Department of Natural Resources (DNR), alleging that employees of these entities missed several opportunities for interventions that would have improved the outcome after his accident.  If you have been injured in a boat accident, contact a Columbia boat accident lawyer.

What Went Wrong With the Response After the Boating Accident?

Phillips’ parents allege that several mistakes in the response to the accident prevented his timely arrival at and safe transport to the hospital, which may have given doctors the opportunity to save his life.  First, his friends did not call 911 from the boat immediately after the accident, even though Phillips was unconscious.  Second, the 911 operators in Richland and Calhoun County wasted time before deciding to send a Richland County ambulance.  The operator apparently did not ask whether Phillips was conscious.  When responding to a call about an unconscious person, 911 dispatchers should send ambulances with three people to move the patient safely into the ambulance and attend to him in transit; the ambulance that responded to the call about Phillips only had two.  The ambulance drove back and forth several times before the driver found the ramp.  Likewise, a deputy who responded to the call did not ask the boat’s driver if he had been drinking, despite the fact that there were empty beer cans in the boat.  The parents allege that the deputies should have secured the scene instead of letting the boat leave the dock; by the time they searched it more than a week later, much evidence could have been lost.

The boat accident lawyers at the Stanley Law Group can help you if you have been injured in a boating accident where the driver of the boat was under the influence of alcohol.  Contact The Stanley Law Group in Columbia, South Carolina or call (803)799-4700 for a free initial consultation.