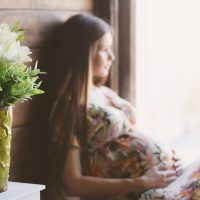 This month, both houses of Congress passed the Honoring Our Pact Act, which enshrines the right of military veterans and their families to seek damages if they have suffered preventable illnesses because of exposure to harmful chemicals.  The law includes provisions related to toxic fumes from burn pits, which have harmed the health of veterans of various conflicts as well as people who participated in relief efforts after the 9/11 attacks.  Another section of the Honoring Our Pact Act is the Camp Lejeune Justice Act, which provides remedies for people who were exposed to contaminated water at the Camp Lejeune Marine Corps base.  Drinking water from two wells that supplied the base contained dangerous levels of volatile organic compounds (VOCs), such as benzene, vinyl chloride, trichloroethylene (TCE), and perchloroethylene (PCE).  Many thousands of people may have been affected between 1957 and 1985, when environmental safety testing revealed the dangerous levels of VOCs and the wells were closed down.  The harmful effects of the contaminated water have carried on into the next generation, and the Camp Lejeune Justice Act allows people who have suffered ill health because of in utero exposure to environmental pollutants at Camp Lejeune to seek damages.  If you were born at Camp Lejeune before 1987, and you later suffered from childhood cancer or other health problems related to in utero exposure to VOCs, a Columbia personal injury lawyer can help you.

The Disastrous Effects of Exposure to Volatile Organic Compounds During Pregnancy

The cemetery at Camp Lejeune Marine Corps base includes a section known to locals as Baby Heaven, because it is the site of the graves of so many infants; a disproportionate number of children born at the base in the 1960s and 1970s were stillborn or died shortly after birth.  Three of them were Suzy, Lucy, and Judy, the daughters of Morris and Catherine Daniels, who lived at the base during the 1960s and 1970s; each of them survived only a few hours, and it was not until decades later that their mother began to suspect that the contaminated water could have been the reason.  In some cases, the effects of in utero exposure did not show up until later; children whose mothers lived at Camp Lejeune during their pregnancies had an elevated risk of childhood cancer.  Janey Ensminger was born at Camp Lejeune in 1976 and died of leukemia in 1985; after years of advocacy by her father Jerry, President Obama signed the Janey Ensminger Act into law in 2012.  This law allows the families of children sickened by in utero exposure to Camp Lejeune water to seek damages.

Although those are only the worst outcomes, in utero exposure can cause less severe health effects, such as the many possible complications of preterm birth and low birth weight.  A study by the Centers for Disease Control and Prevention found that children born at Camp Lejeune between 1968 and 1985 had higher rates of preterm birth and low birth weight, and that these outcomes are consistent with in utero exposure to the VOCs found in the Camp Lejeune drinking water during this period.

The personal injury lawyers at the Stanley Law Group can help you if you have suffered a serious health condition as a result of exposure to contaminated water at Camp Lejeune before or shortly after you were born.  Contact The Stanley Law Group in Columbia, South Carolina or call (803)799-4700 for a free initial consultation.