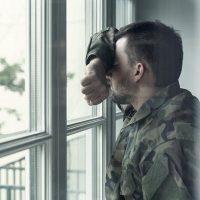 From 1953 until 1987, the levels of several harmful chemicals were dangerously high at the Camp Lejeune military base in North Carolina.  Testing in the 1980s revealed levels of chemicals such as benzene and the industrial solvents trichloroethylene (TCE), tetrachloroethylene, perchloroethylene, and vinyl chloride (VC) that were up to 400 times what is considered safe for human consumption.  Some people who spent time at Camp Lejeune during this period developed health problems ranging from cancer to neurological diseases to infertility.  Some children who were exposed to the chemicals in utero when their mothers were at Camp Lejeune also suffered from cancer and birth defects.  The Camp Lejeune Justice Act outlines the rights of people harmed by the contaminated water at Camp Lejeune to seek damages; among the eligible claimants are people who previously filed claims with the VA and had their claims denied.  If you have suffered a serious illness related to your exposure to environmental pollutants before 1987, contact a Columbia personal injury lawyer.

Some Years, the VA Only Approved a Small Fraction of Camp Lejeune Claims

Many of the claimants who became ill as a result of exposure to pollutants at Camp Lejeune did not develop symptoms until years later.  Others, like Dave Metzler, became ill shortly after leaving the military base, but years went by before doctors were able to draw a connection between the chemical exposure and the disease.  Data published by CBS News showed that, until 2011, the VA approved approximately 19 percent of the Camp Lejeune-related claims it received.  In those days, the doctors that reviewed the claims tended to be general practice physicians who had completed medical residency programs in internal medicine.  In 2012, it appointed subject matter experts to the task of reviewing Camp Lejeune claims, and the following year, the approval rate dropped to 4.5 percent, and in 2015, it was only one percent.  The annual rate of approval of claims since 2017 has consistently remained above 20 percent.

One of the claimants was Dave Metzler, a U.S. Marine Corps sergeant who was stationed at Camp Lejeune for nearly three years in the late 1950s.  He began to suffer from hearing loss and impaired balance in the early 1960s, several years after his discharge from the USMC, and his health problems rendered him unable to work, causing him to leave the workforce much sooner than he wanted to.  He filed several claims with the VA, most recently in 2015, but the claims were denied.  Metzler died in 2017, and it was only in 2018 that the VA paid his family a settlement.

The personal injury lawyers at the Stanley Law Group can help you if your efforts to file a claim with the VA related to exposure to environmental pollutants have thus far been unsuccessful.  Contact The Stanley Law Group in Columbia, South Carolina or call (803)799-4700 for a free initial consultation.

By The Stanley Law Group | Posted on August 17, 2022
« Which Diseases Are Associated With The Contaminated Drinking Water At Camp Lejeune
Family Sues County And Department Of Natural Resources For Insufficient Emergency Response After Boating Accident »