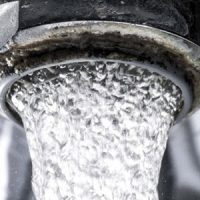 In 1985, regulators closed down two wells at the Camp Lejeune Marine Corps Base in North Carolina after health and safety testing showed that the water in these wells contained dangerous levels of contaminants such as vinyl chloride, benzene, trichloroethylene (TCE), and perchloroethylene (PCE).  These wells supplied drinking water for service members stationed at Camp Lejeune and at Marine Corps Air Station (MCAS) in New River, North Carolina.  Unfortunately, by the time these wells were shut down and the contaminants were removed, numerous people who had resided at the two military bases in the years preceding the testing had already been exposed to the harmful substances.  People who have suffered serious illnesses as a result of occupational exposure to environmental pollutants have the right to seek damages from the parties responsible for failing to prevent those exposures.  If you have been diagnosed with cancer or another serious illness, and you or your parents were stationed at Camp Lejeune during or before the 1980s, contact a Columbia personal injury lawyer.

The federal government is considering a bill, known as the Camp Lejeune Justice Act, which would expand protections for military veterans and their family members who have suffered ill health effects as a result of exposure to contaminated drinking water at Camp Lejeune.  As it stands, you can still file a class action lawsuit if you were stationed at Camp Lejeune or MCAS for 30 days or more between 1953 and 1987.  In order to be eligible to recover damages, you must show that you were at one of the affected military bases before the contaminated wells closed down and that you have been diagnosed with one of the following medical conditions:

You may also be able to get some expenses covered by the VA even without filing a lawsuit.  For example, veterans, reservists, and members of the National Guard are eligible to apply for disability benefits through the VA if they have been diagnosed with cancer or Parkinson’s disease after being stationed at Camp Lejeune.  Veterans and their family members who were diagnosed with any of the conditions listed in the bullet list above are eligible to get the VA to pay for the medical treatment associated with those conditions, including reimbursement for treatment costs that the veterans or family members have paid for out of pocket.  Talk to a lawyer to find out the best course of action in your situation.

The personal injury lawyers at the Stanley Law Group can help you if you have been diagnosed with cancer or a neurological disease after being stationed at Camp Lejeune or MCAS.  Contact The Stanley Law Group in Columbia, South Carolina or call (803)799-4700 for a free initial consultation.

By The Stanley Law Group | Posted on August 16, 2022
« Hyundai Issues Recall Of Defective Seat Belt Parts That Could Become Flying Shrapnel In A Collision
Veterans Harmed By Contaminated Camp Lejeune Waters Allege That The VA Unfairly Denied Their Claims »