What Do Tier I, Tier II, And Tier III Mean In Camp Lejeune Lawsuits? 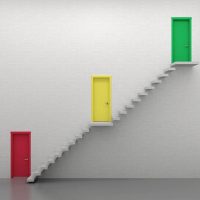 Evidence is as important in civil lawsuits, including personal injury cases, as it is in criminal trials and investigations, but how the courts base their decisions on that evidence is different.  In criminal cases, the prosecution must convince 12 jurors of the defendant’s guilt, and the jurors must be very certain of it, or else they must declare the defendant not guilty.  In South Carolina, there may or may not be a jury at a civil trial; the plaintiff and the defendant have the right to request one if they believe that a jury trial will ensure a fair outcome.  Another role of evidence in a personal injury lawsuit is that you must provide evidence that shows that the defendant’s negligence is the direct cause of your injuries.  When your injuries are a non-contagious disease such as cancer and the defendant’s actions involve exposure to a carcinogen, plaintiffs sometimes cite published research about the causes of the illness from which the plaintiff is suffering.  If you lived at Camp Lejeune Marine Corps Base before 1988 and were subsequently diagnosed with a disease connected to the contaminated water there, contact a Columbia personal injury lawyer.

How Strong Is the Evidence Connecting Your Diagnosis to Camp Lejeune Water Contamination?

Since volatile organic compounds (VOCs) were first discovered in the wells that supplied drinking water to Camp Lejeune in the 1980s, numerous studies have confirmed a relationship between the contaminants and the various diseases that are much more prevalent among former residents of Camp Lejeune than in the general population.  The law now categorizes Camp Lejeune claims according to the strength of the evidence linking the disease to the Camp Lejeune contaminants.  The following diseases are considered Tier I cases, meaning that the evidence is very strong:

The following diseases are in Tier II, meaning that the evidence linking them to the VOCs at Camp Lejeune is strong, but less strong than in the case of Tier I illnesses:

Tier III diseases are those that have been diagnosed in former Camp Lejeune residents, but the evidence linking them to the Camp Lejeune contaminants is still inconclusive:

If you have been diagnosed with any of the diseases associated with the VOCs that contaminated the water at Camp Lejeune, you should contact a personal injury lawyer.  Your lawyer will help you choose the best strategy and compile the strongest evidence for your Camp Lejeune water contamination claim.

The personal injury lawyers at the Stanley Law Group can help you seek compensation for your financial losses related to diseases you developed as a result of the water contamination at Camp Lejeune.  Contact The Stanley Law Group in Columbia, South Carolina or call (803)799-4700 for a free initial consultation.

By The Stanley Law Group | Posted on January 23, 2023
« Drunk Driving Accidents In South Carolina: Risks And Remedies
Determining Fault For A Car Accident Is More Complicated Than It Sounds »