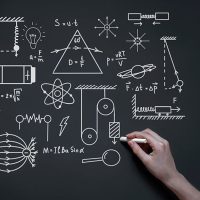 South Carolina law follows the rule of modified comparative negligence when determining who is eligible to file a car accident lawsuit.  This means that, as long as you were less than 50 percent at fault for the accident, you have the right to seek compensation from the other driver, or any other party that played a role in the accident, such as the bar that served alcohol to the drunk driver that hit you or the mall where it is difficult to see drivers turning corners in the parking garage in time to avoid a collision.  When a personal injury lawyer helps you get a fair settlement for an insurance claim, or when you file a car accident lawsuit, you might assume that your percentage of fault in the accident has already been firmly established, and that your lawyer’s job is just to get the responsible parties to pay, but this is not always the case.  A Columbia car accident lawyer can help you persuade the insurance companies or the court that your percentage of fault for the accident is less than what the other driver is alleging.

Can Fault Be Established at the Scene of the Accident?

After some accidents, each driver explicitly or implicitly accuses the other of single-handedly causing the collision.  Sometimes, though, it is so obvious which driver has caused the accident that the at-fault driver freely admits fault.  More often than either of these scenarios is when both drivers calmly and separately tell a police officer their respective versions of events, and the police report indicates which driver bears what percentage of fault.

Behind the Scenes at Car Insurance Companies

Insurance companies base their settlement payouts on the accident-related losses suffered by each driver, adjusted for each driver’s percentage of fault for the accident.  Sometimes they rely entirely on the police report, but when there is no police report, or when one driver challenges the police officer’s assignment of fault, they might also rely on recorded or written statements by the drivers themselves.  You should not give the insurance company a statement, because the insurance company can easily deceive you into admitting more fault than should reasonably be yours or implying that your financial losses are not truly accident-related.  If you are seriously injured enough to require medical treatment after an accident, you should have a car accident lawyer talk to the insurance company on your behalf.

Your insurance company and the other driver’s insurance company will then need to reach an agreement about which company is responsible for compensating the involved parties and in what amount.  They often do this through arbitration.

Car accident lawsuits are a measure of last resort.  When you notify the party that caused the accident of your intent to sue, they will usually agree to pay you a settlement.  Fewer than one in 50 car accident cases go to trial.

The personal injury lawyers at the Stanley Law Group can help you recover compensation after a car accident, even if you were partially at fault.  Contact The Stanley Law Group in Columbia, South Carolina or call (803)799-4700 for a free initial consultation.

By The Stanley Law Group | Posted on January 24, 2023
« What Do Tier I, Tier II, And Tier III Mean In Camp Lejeune Lawsuits?
Can Injured Students Sue Their University For Premises Liability? »