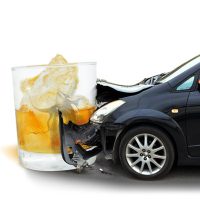 Alcohol plays a role in approximately one third of traffic accidents that involve serious injury or death, despite that the number of drunk driving accidents has declined sharply since the enactment of drunk driving laws, and that the ubiquity of seatbelts and airbags has increased the likelihood of drivers and passengers emerging from motor vehicle accidents, alcohol-related or otherwise, without severe injuries.  The holiday season between Halloween and New Year’s Day, and especially between Thanksgiving and New Year’s Day, is when the percentage of drunk drivers on the road is the highest.  When you see your medical bills from an accident caused by a drunk driver, your first instinct might be to sue the driver.  While hearing a judge pronounce a ruling against the person who caused your injuries might make you feel that justice has been served, it is not the surest way to get compensation for your accident-related losses.  A Columbia car accident lawyer can help you get the money you need to cover your medical expenses and other accident-related losses after suffering injuries in a DUI accident.

How Can You Tell That a Driver Is Under the Influence of Alcohol?

If you tell an insurance agent, a personal injury lawyer, or a police officer that you were injured by a drunk driver, the first question they will ask is, “How do you know that the driver was drunk?”  If the driver stayed at the scene and took a breathalyzer test, then the police report says it all.  Unfortunately, though, DUI crashes are also more likely to be hit-and-run accidents.  If the driver left the scene, and if you are in good enough physical shape after the accident to remember the moments leading up to the collision, be sure to mention any suspicious behaviors that made you think the driver was drunk.  These are some signs that a driver is under the influence of alcohol or drugs:

Who Is Legally Responsible for an Alcohol-Related Collision?

Anyone who causes an accident due to drunkenness is at fault for the accident, so getting the drunk driver’s insurance to pay your claim is not hard unless your accident-related losses exceed the driver’s policy limit.  (This can easily happen if your car is totaled and your injuries require hospitalization.)  You have the right to sue the at-fault driver, but if the driver is serving a prison sentence for hit and run or for DUI with serious bodily injury, it is unlikely that he or she will be able to pay the court-ordered amount.  Dram shop liability laws make it possible for you to collect damages from any bar, liquor store, or social host that contributed to the crash by irresponsibly providing alcohol to the drunk driver.  South Carolina law requires establishments that sell alcohol to carry dram shop liability insurance.

The personal injury lawyers at the Stanley Law Group can help you recover compensation after a car accident where alcohol was a contributing factor.  Contact The Stanley Law Group in Columbia, South Carolina or call (803)799-4700 for a free initial consultation.

By The Stanley Law Group | Posted on January 19, 2023
« Why Do Car Insurance Companies Deny Personal Injury Claims?
What Do Tier I, Tier II, And Tier III Mean In Camp Lejeune Lawsuits? »