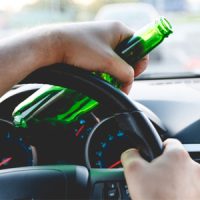 2020 has shown the ugly and hateful sides of human nature like no other year in recent memory, but if you are looking for hope about people’s generosity and willingness to help others, a look at the results of crowdfunding campaigns can renew your optimism.  Friends and strangers alike contribute what they can to help families deal with a financial crisis.  Often, the cause of that financial crisis is an illness or injury that requires costly treatment.  Even if you consider yourself financially secure, a weeks-long hospitalization, followed by a period of being unable to work, can seriously disrupt your financial stability.  Even with a generous outpouring support, crowdfunding is, at best, a temporary solution to the financial setbacks caused by a serious injury.  Contact a South Carolina car accident lawyer about long-term solutions to the financial devastation caused by getting seriously injured in a car accident.

In February 2020, John Sangastiano, 34, of Myrtle Beach began an evening of drinking at home.  He then went to the Wild Horse Saloon, where he drank three double shots of Crown Royal apple.  From there, he went to Scores Sports Bar, where he had at least one more alcoholic drink.  He then went to a Chick-fil-A drive thru on the way home.  After leaving Chick-fil-A, Sangastiano was driving at least 100 miles per hour on Socastee Boulevard when he collided with the passenger side of a passing car.  In the passenger seat was Jacob Welsh, a high school student who suffered serious injuries.  Sangastiano, whose blood alcohol content was more than twice the legal limit at the time of the collision, received felony DUI charges for causing the accident.

At the hospital, Welsh was diagnosed with serious injuries to the head and neck, including a traumatic brain injury.  In the days following the accident, doctors were not sure whether he would survive.  His family hired a lawyer soon after the accident.  Meanwhile, his school set up a GoFundMe page to raise money for his treatment.

In October, Jacob’s family announced that they have filed a civil lawsuit seeking damages for Jacob’s medical expenses, as well as noneconomic damages for the suffering he continues to endure as a result of his injuries.  The defendants are Sangastiano, the Wild Horse saloon, and Scores sports Bar.  The plaintiffs are able to sue the two bars because of a legal concept called dram shop liability.  It means that bars that serve alcohol to a visibly drunk person who later causes a DUI crash can be held responsible for contributing to the cause of the accident.

If you have been injured in a car accident involving a drunk driver, a Columbia car accident lawyer can help you decide, based on the details of the accident, whether it makes sense to file a dram shop liability lawsuit in your case.  Contact The Stanley Law Group for help with your case.

By The Stanley Law Group | Posted on December 11, 2020
« Not Every Drunk Driving Accident Is a Case of Dram Shop Liability
South Carolina’s DUI Laws Are Full of Loopholes, but You Can Still Collect Damages in a Civil Lawsuit After a DUI Accident »