South Carolina’s DUI Laws Are Full of Loopholes, but You Can Still Collect Damages in a Civil Lawsuit After a DUI Accident 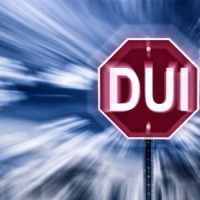 In criminal court, the jury must decide that the defendant is guilty beyond a reasonable doubt before the judge can hand down a sentence.  In civil court, no one can go to jail or prison for losing a case, there is usually no jury, the standard of evidence is lower, and winning or losing a case is not about being innocent or guilty.  Earlier this year, the Island Packet published a disturbing report showing the loopholes in South Carolina’s laws, by which more than two thirds of people arrested for DUI do not get a DUI conviction.  It is scary to think that it is so easy to get away with DUI, especially when you consider South Carolina’s astronomically high rate of DUI accidents and fatalities.  Do not be discouraged, though, if you are considering filing a personal injury lawsuit.  The judge in the civil court will consider the case on its own merits, taking the criminal case as just one of many relevant pieces of evidence.  In other words, even if the drunk driver who hit you was acquitted or had the charges dismissed or reduced, your chances of recovering damages in a personal injury lawsuit are still good.  Contact a South Carolina car accident lawyer to find out more.

Why Do Only One Third of Defendants in DUI Cases Get Convicted?

According to Lucas Smolcic Larson of the Island Packet, South Carolina’s loophole-ridden DUI laws are part of the reason that our state’s rate of DUI fatalities is so much higher than the national average.  Here are some of the highlights of his report:

It is notable that, unlike some other states, South Carolina does not have a pretrial diversion program for DUI cases.  In some states, people charged with first-time DUI can get their charges dismissed if and only if they comply with court-ordered requirements such as completely alcohol treatment and keeping an ignition interlock device installed on their car for a set period of time.

With the help of a Columbia car accident lawyer, your chances of recovering damages in a personal injury lawsuit are good, even if the drunk driver who hit you was never convicted or even formally charged.  Contact The Stanley Law Group for a consultation.