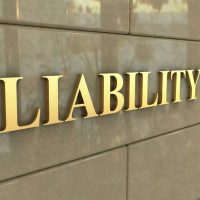 Car accidents in which a car strikes a pedestrian usually do not end well for the pedestrian, and many of these accidents are preventable.  Sometimes it is simply a case of a drunk or reckless driver, but other times there is something the city or county could have done to prevent the accident.  Some poorly lit stretches of road are notorious for crashes where pedestrians were walking on a narrow shoulder, since there was no sidewalk, and cars could not see them.  Other pedestrian crashes could have been avoided if there had been adequate crosswalks and signals as to when pedestrians could cross safely.  You might have even read about pedestrians intentionally walking into oncoming traffic or about efforts by municipalities to prevent this kind of suicide death by making busy roadways with high-speed traffic inaccessible to pedestrians.  Victims’ families can file premises liability lawsuits if they believe that the owner of the site of the accident, including the city or county, failed in its duty to maintain a safe environment.  Contact a South Carolina car accident lawyer if you were seriously injured while walking on a public road.

Schizophrenia is a mental illness in which patients experience delusions, such as hearing voices that are not there or believing that they are somewhere other than where they are.  Paul Tarashuk suffered from schizophrenia and began to experience an episode of delusions while driving on I-95 near Santee on September 9, 2018.  He saw a semi truck stopped on the side of the road on an off ramp, so he stopped his pickup truck behind it, removed his clothes, and climbed onto the truck’s catwalk.  He rode for 11 miles, the truck driver apparently unaware that he was there.  When he pulled the truck’s brake line, the truck was forced to stop.  Tarashuk then climbed over the truck’s cab and attempted to walk into traffic, but police rescued him.

Tarashuk was unable to respond to officers’ questions and seemed not to understand when they said they would take him to jail or to a hospital.  He could not explain why he was not wearing clothes; he may not have even been aware that he was dressed only in his underwear.  The police called Emergency Medical Technicians to the scene, but they left without taking Tarashuk to a hospital.  Body camera footage shows the EMTs laughing at Tarashuk’s mental state.  After the EMTs left, a sheriff’s deputy dropped Tarashuk off at a closed gas station.  It was 2:00 in the morning, and even if Tarashuk had recovered from his delusional state, he would still have been in danger, because he had no identification or cell phone.

Tarashuk began running down I-95 again a short time later.  At around 6:00 in the morning, he was struck by a car and killed; he was 26 years old.  Orangeburg County suspended the certificates of Jamie Givens and Alison Harmon, the two EMTs who responded to the call about Tarashuk.  Tarashuk’s family filed a lawsuit against Orangeburg County, alleging that the actions of the first responders and law enforcement amounted to negligence.

A Columbia car accident lawyer can help you recover damages if responsibility for your accident lies with a party other than the driver who hit you.  Contact The Stanley Law Group for help today.