Will Driverless Vehicles Make the Roads Safer or More Dangerous? 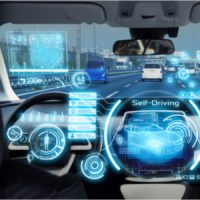 Some technologies have done wonders to make the experience of driving safer and more comfortable.  You might not think of seat belts and airbags as technology when you are used to smartphones and GPS navigation, but there was a time when cars did not have these technologies, and in those days, the chances of getting seriously injured if you got into a car accident were much higher. Sometimes the fanciest technological innovations are not the safest. Artificial intelligence could make the roads safer, but much more testing is still needed before driverless vehicles become commercially available.  It is too soon to know what it will be like to stop at a red light and find that there is no one in the driver seat of the car that pulls up next to yours.  Whether your car accident-related injuries are due to human error or a technological glitch, a South Carolina car accident lawyer can help you recover from the financial losses you have suffered because of the car accident.

Uber Is Determined to Put Driverless Cars on the Road

Uber began testing driverless cars in 2016, and in the first 18 months of testing, the artificial intelligence-controlled vehicles caused 36 accidents.  In 33 of those accidents, human drivers crashed their cars into the driverless vehicles, which indicates that the driverless cars were not very good at stopping to avoid a crash or moving out of the way if they were in danger of being hit.  In February 2018, a driverless Aston Martin using Uber’s technology struck and killed a pedestrian in a crosswalk in Arizona.  After the crash that claimed Elaine Herzberg’s life, Uber suspended its testing of driverless vehicles until November 2019.  Now Uber CEO Dara Khosrowshahi is considering several options, including using an open-source model to allow coders all around the world to participate in the development of the technology, which is not cheap.  Raphael Orlove of Jalopnik thinks Uber should scrap the whole idea.

Imagine if truck drivers could sit in a comfortable office and drive their trucks by remote control, handing off the controls to a co-worker whenever they needed a break.  The freight could arrive more quickly because the truck wouldn’t have to stop for the night every time a driver needed a good night’s sleep.  Starsky Robotics was the first company to test this technology on public roads.  By remote control, it conducted a truck safely to its destination on a seven-mile trip in Florida in 2018.  By 2019, its empty trucks were driving at 55 miles per hour on public roads.  The company failed to attract enough investment in late 2019, though, and by March 2020, it had closed down its operations, liquidated its assets, and sold its patents.

A Columbia car accident lawyer can help you get the compensation you need after a car accident, no matter how quickly car technology evolves.  Contact The Stanley Law Group for help with your case.

By The Stanley Law Group | Posted on October 27, 2020
« Family of Pedestrian Struck by Car on I-95 Files Premises Liability Lawsuit Against Orangeburg County, Alleging Negligent Response to Victim’s Mental Health Crisis
Concussions: Another Reason to Go to the Emergency Room Immediately After a Car Accident »