Concussions: Another Reason to Go to the Emergency Room Immediately After a Car Accident 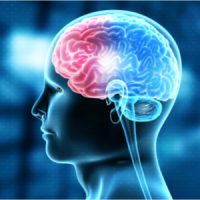 Especially if you have never had one, concussions don’t seem so scary.  You probably know someone who suffered a concussion, perhaps while playing sports or falling off of a bike.  A concussion is a traumatic injury where you hit your head.  Sometimes you lose consciousness briefly when the injury happens, but not always.  It is only later when the headaches, dizziness, and sensitivity to light and sound begin.  Your brain does heal from the injury it sustains in a concussion, but having had a prior concussion increases the chances that you will suffer another one, even if the injuries that trigger the recurrent concussions are relatively mild.  The scenario suffered by the football players that led Dr. Bennet Omalu to identify the disease now called chronic traumatic encephalopathy (Will Smith portrays him in the biopic Concussion) represents the worst-case scenario of chronic symptoms that people can suffer after multiple concussions.  Don’t assume that, because you are not a professional athlete, concussions can’t happen to you.  Car accidents are a leading cause of concussions, so if you travel by car, you are at risk of getting a concussion.  If you have been diagnosed with a concussion after being injured in a car accident, contact a South Carolina car accident lawyer.

Causes and Symptoms of Concussion

“Traumatic brain injury” sounds a lot more frightening than “concussion,” but actually they are the same injury at different degrees of seriousness.  If you lose consciousness for less than 30 minutes and have less than 24 hours of memory loss, it is a concussion; if you are unconscious for longer than that or if there is more than one day of which you have no memory, then it is a full-fledged traumatic brain injury.  Both concussions and more severe brain injuries can result from car accidents, or from any other accident or trauma in which you hit your head.

In mild concussions, the symptoms often go away on their own in less than a month, but there are no treatments to make you recover faster.  In other words, you will probably have to miss several weeks of work.  In more serious concussions, especially if you have had more than one concussion in your lifetime, the neurological and psychiatric symptoms can become recurrent or chronic.  This could seriously interfere with your ability to work or even to function in daily life.

Even after you recover from a concussion, the financial stress of the medical bills can follow you around for a long time, but a Columbia car accident lawyer can help you.  Contact The Stanley Law Group for assistance with your case.