Inside the Biggest Seatbelt and Airbag Safety Recall in History 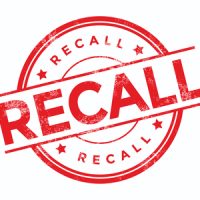 The value of most of the fancy safety features lies in their snob appeal, not in how much safer they make you.  Sure, rear-facing cameras are useful, but anyone who has passed the road test and earns a driver’s license has demonstrated the ability to avoid backing into moving vehicles and stationary objects simply by looking in the rear-view mirror or turning his or her head.  Does anyone really need lane assist?  The safety features that really make a difference are the ones that have become standard in vehicles, namely seatbelts and airbags.  That means that your car already has the safest safety features available.  The bad news is that there is still a risk that those features will malfunction and fail to prevent serious injury in the event of a collision.  In fact, one of the world’s biggest manufacturers of seatbelts and airbags has been the subject of safety concerns that have led to the recall of millions of vehicles.  If a malfunctioning seat belt or airbag made your accident-related injuries worse, contact a South Carolina car accident lawyer.

Why Seatbelts and Airbags Matter

Of all the things in your car, the one with the greatest power to prevent accidents is you.  Driving defensively and avoiding distractions will enable you to avoid collisions.  If there is no way to get out of the way before another driver hits your car, though, seatbelts and airbags are very effective at stopping you from being thrown from the car or colliding with hard or sharp objects that could cause serious injury.  Seatbelts and airbags could make the difference between minor injuries and permanent disability.  Therefore, the law requires all cars sold in the United States to contain these features.

The Troubled History of Takata

Takata, a Japanese company, was one of the first to develop seatbelt technology for cars.  It started manufacturing seatbelts in the 1950s, long before they became standard in automobiles and decades before any countries had laws requiring their use.  By 1995, the company had manufacturing plants on four continents, and some of the most popular models of Japanese, American, and German cars contained its seatbelts.  Even Ferrari had Takata seatbelt webbing.  In 1995, the Department of Transportation issued a recall of more than 8 million cars containing Takata seat belts because of defective seat belts found in various Japanese vehicle models produced between 1985 and 1991.

In 1998, Takata began manufacturing airbags, and by 2013, 20 of vehicles on the road had Takata airbags.  The following year, numerous Takata airbags malfunctioned while inflating during accidents; these malfunctions caused seven deaths and more than 100 injuries in the United states alone.  This led to a widespread recall.  Takata went bankrupt in 2017.  One of the companies that acquired it discovered in 2020 that the company may have falsified data, meaning that there are likely even more defective seatbelts and airbags in cars currently on the road than was previously thought.

A Columbia car accident lawyer can help you if your injuries were exacerbated by a defective car airbag or seatbelt.  Contact The Stanley Law Group for help today.