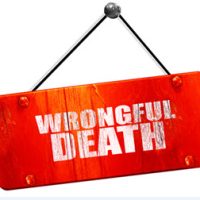 The mental image that most people outside the legal profession have of the court system is of the criminal court.  In criminal trials, there is a jury, and the decision is a choice between “guilty” and “not guilty.”  The evidence must indicate the defendant’s guilt beyond a reasonable doubt.  If the jury finds the defendant guilty, he or she might pay a fine, get probation, or go to jail or prison; the details depend on the crime with which the defendant is charged and sometimes with the judge’s discretion.  The civil courts operate differently; individuals and businesses resolve their disputes, instead of the state charging a defendant with a crime.  There is not always a jury.  No one goes to jail or prison for losing a civil case; the judge can only order you to pay money.  Car accident lawsuits, like all personal injury cases, are resolved in the civil courts.  The defendant pays compensation to the plaintiff (the injured person or the family of a person who died in the accident) if the court rules in the plaintiff’s favor.  If the defendant caused the accident intentionally or if his or her negligence was extreme enough to be against the law, he or she might also face criminal charges.  To find out more about recovering compensation after the other driver gets criminal charges for causing the accident that injured you, contact a South Carolina car accident lawyer.

On Sunday, October 11, after church, Chad Freeman was driving on the Nexton Parkway with his wife Andrea and his mother Meredith.  Joshua Wensell, 18, crashed his 2016 Jeep Wrangler into the Freeman family’s 2008 Toyota Avalon at a high speed.  Chad, Andrea, and Meredith Freeman were killed in the crash, while Wensell emerged from the accident with minor injuries.  According to Len Driskell, a minister at the church the Freeman family attended, Chad and Andrea had three daughters, and Andrea taught Sunday school to children at the church.  The community set up a GoFundMe account for the family’s funeral expenses, and it had reached 94 percent of its goal by two days after the accident.

Wensell was arrested after the accident and charged with three counts of reckless homicide.  He was taken to jail, where his bond was set at $120,000.  The family has the right to file a wrongful death lawsuit, whether or not Wensell is convicted in his criminal case, but it is unclear whether they will.  An 18-year-old driver facing a possible prison sentence is unlikely to have the resources to pay the damages that the family may request.

The companionship of family members is priceless, but a Columbia car accident lawyer can help you recover the financial support you would have received if those family members were still alive.  Contact The Stanley Law Group for help with your case.

By The Stanley Law Group | Posted on November 20, 2020
« Richland County Veteran Loses Leg in Motorcycle Crash with Drunk Driver
Inside the Biggest Seatbelt and Airbag Safety Recall in History »