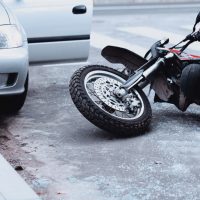 Most of us do not have Everette Scott’s optimism.  Many people regard the anniversaries of traumatic events with dread, but Scott has taken it as a reason to celebrate the fact that he is still alive.  He is thankful to have survived the accident on September 22, 2019, which led to the amputation of one of his legs.  In fact, this year, he and his family celebrated September 22 as his “ampuversary.”  Faith, family, and emotional resilience have certainly contributed to Scott’s ability to live his best life after suffering such a serious injury.  If you have been seriously injured in a motorcycle accident, contact a Columbia, South Carolina motorcycle accident attorney.

On September 22, 2019, Everette Scott felt like he was on top of the world.  It was a beautiful day, the first day of fall, and Scott and several of his cousins went out for a ride on their motorcycles.  As they were riding on Garners Ferry Road, near Columbia, a car crossed the median and crashed into Scott’s motorcycle, knocking him to the ground and crushing his leg and pelvis.  Scott was transported to the hospital, where doctors amputated his leg.  He also suffered multiple fractures in his pelvis, and the doctors inserted several metal plates to rebuild it.

Scott has suffered extraordinary physical pain since his accident, but emotionally, he has never lost perspective.  He is glad to be alive and to be able to continue to spend time with his mother, his daughter, and the rest of his family.  He has learned to walk again with a prosthetic leg.

Behind the wheel of the car that struck Everette Scott and caused his injuries was Cynthia Sims, 63.  She was jailed and charged with DUI.  In October 2019, her bond was set at $60,000.  A year later, her case is still pending.  She has not been convicted, and no information has been published about a trial.

Motorcycle Accident Victims Have the Right to File Civil Lawsuits

Even if a jury finds Sims not guilty at trial, and even if the court drops her criminal charges, Scott still has the right to file a personal injury lawsuit against Sims in civil court.  If you get injured because of another person’s negligence (drunk driving is perhaps the most obvious form of negligence), you can request economic and noneconomic damages from that person.  Economic damages are meant to reimburse you for your medical bills and lost income that you suffered because of the accident.  Noneconomic damages are for physical and emotional pain that you experienced because of the defendant’s negligence.  Most personal injury cases result in a settlement, either with the defendant or their insurance company, rather than a court awarding damages.

If you get injured in a motorcycle accident, and the other driver got criminal charges for it, you do not have to wait for the criminal case to resolve before a Columbia motorcycle accident lawyer can get started on a personal injury case.  Contact The Stanley Law Group for help with your case.