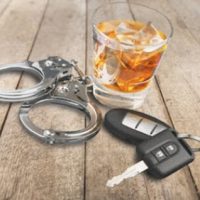 Even though, at any moment, only a few drivers on the road are under the influence of alcohol, drunk driving plays a role in approximately one third of car accidents.  South Carolina consistently ranks highly, above many states with bigger populations, for the rate of drunk driving.  Repeat DUI convictions can result in prison sentences, as can DUI convictions for incidents involving collisions that resulted in injury or death.  If you were injured in a car accident when a drunk driver struck your vehicle, contact a Columbia car accident lawyer.

Victim Was One Semester Away From Beginning Her Teaching Career

Until he caused a fatal accident in October 2021, Michael Oerther was a middle school math teacher in Horry County.  Outside the classroom, though, he had a troubled history with drunk driving.  In 2005, he was convicted of DUI in traffic court, and in 2009, he pleaded guilty in traffic court to DUI charges.  In 2011, he was arrested for DUI, but the charges were dismissed before he had to enter a plea, because the evidence against him was insufficient.

On October 25, Oerther’s Jeep Wrangler rear ended a Honda Civic that was stopped at a red light at the intersection of Carolina Forest Boulevard and Stafford Drive.  The driver and front passenger suffered injuries serious enough to require hospitalization, while the rear passenger was fatally injured.  She was Leza Watts, 27, a student at Horry Georgetown Technical College who was only one semester away from earning a degree in teacher education.

Oerther, 52, was charged with felony DUI resulting in death.  If convicted, he could face a sentence of one to 25 years in prison.  He posted his $40,000 bond on Wednesday, October 27 and was released to home detention pending his next court appearance.  People who cause fatal traffic accidents through negligence, whether or not alcohol is involved, can face criminal charges for vehicular manslaughter.  Likewise, people who get convicted of DUI when they have two or more previous DUI arrests can also face prison sentences, even when they do not cause an accident.  Therefore, unless his defense attorneys are able to arrange a plea bargain where he gets a lighter sentence in exchange for pleading guilty, Oerther may be sentenced to a lengthy prison term.

Regardless of the outcome of the criminal case against Oerther, Watts’ surviving relatives have the right to file a wrongful death lawsuit against him.  They may seek noneconomic damages for emotional distress and loss of companionship.  If any family members depended on her financially, they can seek economic damages in the amount equivalent to the financial support she would have provided to them if she had survived.

A car accident lawyer can help you collect damages if one of your family members died in a car accident caused by another person’s extraordinary negligence, including but not limited to drunk driving.  Contact The Stanley Law Group for help with your case.

By The Stanley Law Group | Posted on November 23, 2021
« A Personal Injury Lawsuit Can Help You Get Justice After A Car Accident In Ways That The Court Of Public Opinion Cannot
Pedestrian Dies After Being Struck By Vehicle On Highway 321 In Orangeburg County »