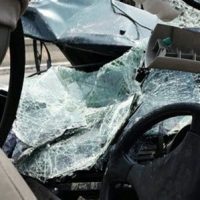 The 24-7 media circus makes no one happier and everyone more stressed out.  Every minute of every day, people are showing the most mean-spirited sides of their nature on social media, trolls are ranting malicious rumors on pseudonymous blogs, and journalists are repeating the awful things that celebrities have said about other celebrities whom they know only in passing.  Audiences post their knee-jerk reactions in the comments section and no one bothers to find out the whole story.  Think of what a nightmare it would be if this were the way to determine how much compensation people injured in car accidents were entitled to receive.  The good news is that the civil courts have safeguards in place to ensure that both sides have a chance to present their arguments and refute each other’s claims, and the standard of evidence (a “preponderance of the evidence” which means “at least 51 percent convincing”) makes it not too easy for plaintiffs to recover damages but not too hard.  Even if people are saying terrible things about your car accident on the Internet, a South Carolina car accident lawyer can help you seek justice.

If anyone deserves a wrongful death settlement after the loss of a family member, it is the family of Glendora Holmes.  Last year, Holmes died at the age of 49, when a car driving in the wrong direction on a four-lane road near Andrews, South Carolina struck her vehicle head on.  She was a source of financial support to her four children, who ranged in age from teens to young adults when she died, and to her young son.

Behind the wheel of the 2003 Ford Expedition that struck Holmes’ 2010 Cadillac was Taran Nolan; three of Nolan’s four children were in the car with her.  Nolan was on the phone with her husband Jimmy Nolan, who coaches high school football in California and had a successful career as a college football player.  Nolan’s three-year-old daughter Micki died in the accident, and Nolan and the other two children were injured.

Both families set up Go Fund Me pages, but the Nolan family received much more money, thanks in part to a Sports Illustrated feature that did not even mention the Holmes family or their Go Fund Me page, nor the fact that Holmes bore no fault for the accident.  Holmes’ family has hired a lawyer and is in the process of filing a wrongful death lawsuit.

No one should have to rely on the generosity of strangers to make ends meet after a devastating car accident.  A Columbia car accident lawyer can help you recover damages after a car accident in which you bore no fault or bore only part of the fault.  Contact The Stanley Law Group for a consultation on your case.