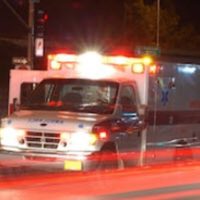 In August 2021, three girls who were about to begin their senior year of high school in Fishers, Indiana, a suburb of Indianapolis, died tragically when a car going in the wrong direction collided head on with their vehicle.  The community rallied in support of the victim’s families.  A local donut shop in Fishers held a fundraiser, with the victims’ families as beneficiaries, and it was so successful that by the time the store ran out of donuts and milk, there were still more people waiting in line to make donations.  The parents of the victims were the honorary coin flip guests at the school football game the Friday night after the crash, and there was also a balloon release in honor of the victims before kickoff.  Although everyone can agree that the girls killed in the accident were innocent victims, this does not amount to justice.  The victims’ families have the right to seek damages in a wrongful death car accident lawsuit in South Carolina, but they have not announced plans to do so thus far.

According to prosecutors, Melissa Ann Parker stole a 2005 Hummer from a gas station in Spartanburg in the early hours of August 16, 2021.  She began driving the stolen vehicle west in the eastbound lanes of I-26.  Soon, she collided head on with a Kia Sedan occupied by four teen girls from Indiana.  According to the South Carolina Highway patrol, Parker’s vehicle was traveling at 79 miles per hour when it collided with the Kia.

After the crash, Parker allegedly fled the scene on foot.  Laci Watts, 17, got out of the Kia and screamed for help.  An ambulance arrived and transported Watts to a hospital.  The other three girls in the Kia were pronounced dead at the scene.  They were 17-year-old Elleana Gaddis, her twin sister Isabella Gaddis, and 18-year-old Brianna Foster.

Police arrested Parker several hours later.  She is facing charges for felony DUI resulting in death and leaving the scene of an accident involving personal injury.  The Law & Crime website did not mention anything about criminal charges for vehicle theft, but it appears that prosecutors also allege that Parker had stolen the vehicle that she was driving when she caused the accident.  A judge ordered Parker to be held in jail without bond, pending a result in her case.  If she is convicted of these charges, she could face a lengthy prison sentence.  News sources also did not say anything about civil lawsuits filed by the families of the victims.

A Columbia car accident lawyer can help you recover damages if you were injured in a car accident involving drunk driving or hit and run in South Carolina, even if you were visiting from another state at the time of the accident.  Contact The Stanley Law Group for more information.

By The Stanley Law Group | Posted on November 16, 2021
« Do Premises Liability Laws Apply When Someone Gets Injured In An Assisted Living Facility?
A Personal Injury Lawsuit Can Help You Get Justice After A Car Accident In Ways That The Court Of Public Opinion Cannot »