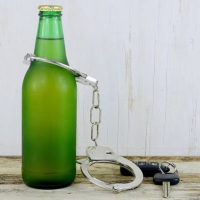 It may sound like a platitude that, when someone drives drunk, everyone loses, but from a financial standpoint, it is true.  If you get injured when a drunk driver hits you, your medical bills and lost productivity as a result of your injuries can have a major impact on the financial stability of your entire family.  Drunk drivers are legally responsible for the financial losses they cause to the people they injure, but most people cannot afford to pay for the treatment of a serious injury, no matter who the injured person is or how the injury happened.  They are in even less of a position to pay if they are serving a prison sentence for felony DUI.  Therefore, even though you have a strong case to persuade a judge to order a drunk driver to pay you for your accident-related losses, suing the driver who caused the accident might not be the best way to get the money you need to deal with ongoing medical bills and an extended absence from the workforce.  If you have been injured in a drunk driving accident, a Columbia car accident lawyer can help you find the best option for you.

On December 18, Jose Javier Reyes-Escobar drove from Kiawah Island, where he spent the day working as a painter.  He must have consumed a lot of alcohol after work, because by the time he reached Johns Island, where he caused a three-vehicle crash, his blood alcohol content (BAC) was 0.33, which is more than four times the legal limit.  Reyes was driving west on Maybank Highway when his SUV veered across the center lane and struck two vehicles in the eastbound lanes; he sideswiped a sedan and then collided head-on with an SUV.  All eight occupants of the three vehicles, including Reyes, were taken to the hospital for treatment of their injuries.  Gretchen Gross, 76, who had been riding in the backseat of the eastbound SUV, died of her injuries, and the driver of that SUV was still in a medically induced coma on December 22.

Reyes-Escobar, 21, told police that he had been drinking and lost control of the car.  Upon his release from the hospital, he was taken to jail.  He faces charges for felony DUI resulting in death, driving with an open container of alcohol in the car, and driving without a license.  The judge denied him bail; she reasoned that his undocumented status makes him a flight risk.

The chances of sustaining a serious injury are much higher when you are in the struck vehicle in a collision.  The personal injury lawyers at the Stanley Law Group can help you seek damages if you suffered injuries in a multi-vehicle accident.  Contact The Stanley Law Group in Columbia, South Carolina or call (803)799-4700 for a free initial consultation.