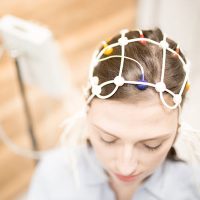 Traumatic brain injury (TBI), a more severe form of the common injury known as concussion, can cause neurological and behavioral symptoms that last for years after the injury, and sometimes even for the rest of the patient’s life.  TBI symptoms can include headaches, increased sensitivity to light and noise, depression, irritability, difficulty concentrating, and difficulty using language, but perhaps the most debilitating symptom of TBI is impaired short-term memory.  Memory loss can make it difficult to work and can strain personal relationships.  Medical research is always striving to develop new treatments for TBI and other serious injuries, but in an era where the costs of treatment for less debilitating chronic health conditions can be prohibitive, the fact that the search for effective treatments is progressing offers little consolation for people unable to work because of serious injuries.  This is the purpose of personal injury lawsuits, to help injured people get the treatment they need and to reimburse them for the necessary treatments their families have already impoverished themselves to pay for.  If you or a family member is suffering from TBI or another severe injury because of a car accident, contact a Columbia car accident lawyer.

Details of the Memory Prosthesis Study

The insertion of an electrode in the brain is already sometimes used as a treatment for epilepsy.  Since some patients who underwent this treatment reported an improvement in short-term memory, researchers decided to investigate whether it would have the same effect in patients whose memory problems stemmed from other causes, too.  An article in the July 2022 issue of Frontiers in Neuroscience, a team of researchers including professors at the University of Southern California and Wake Forest University reported the findings of an experiment where they studied the memory functions of patients fitted with an electrode they described as a “memory prosthesis.”  They found that patients who had received the prosthesis, which mimics the effects of the hippocampus, the area of the brain responsible for memory, performed better on tasks that required them to identify which images they had seen before.

The personal injury lawyers at the Stanley Law Group can help you file a claim to recover damages for the medical expenses related to a preventable accident that caused you a severe injury.  Contact The Stanley Law Group in Columbia, South Carolina or call (803)799-4700 for a free initial consultation.