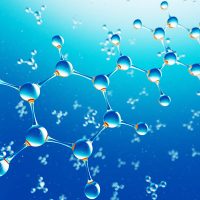 If you fall asleep in the back seat of the car on a road trip while another member of your party is driving, you would most likely wake up immediately if you parked at a gas station, because the smell of gasoline would be strong; benzene is one of the chemicals that give gasoline its easily recognizable smell.  You will not get sick from inhaling benzene vapor at the concentrations at which customers and employees are exposed to it at gas stations, but environmental exposure to high concentrations of benzene in air or water, and even prolonged exposure to moderate concentration of it, can increase the risk of leukemia and other types of cancer.  Benzene is one of the chemicals that contaminated the wells that supplied drinking water to the Camp Lejeune Marine Corps base between the 1950s and the 1980s.  If you lived at Camp Lejeune during or before 1987 and were subsequently diagnosed with leukemia, contact a Columbia personal injury lawyer.

Benzene is present in low concentrations in the air, water, and soil; the concentrations are usually at less than one part per million, well within safe levels, and the concentrations are lowest in rural areas where there is not a lot of car exhaust.  The biggest source of exposure to benzene in the air is through cigarette smoke.  People who smoke cigarettes are exposed to ten times as much benzene as people who live in households where no one smokes; secondhand smoke accounts for moderate levels of benzene exposure.  Occupational exposure to high levels of benzene vapor is very dangerous, but it is also rare, because workers who must be near very high concentrations of benzene wear respirators and other protective equipment.

Benzene is used in the manufacture of many industrial materials such as plastics, lubricants, dyes, and pesticides.  The good news is that it is not a forever chemical.  It breaks down quickly in the air, disappearing after only a few days; if the air seemed cleaner a week after most employees started working from home in the spring of 2020, it was not just your imagination.  Benzene in water and soil takes longer to break down.

Benzene, one of the volatile organic compounds (VOCs) found at dangerously high levels in the wells that provided drinking water for the Camp LeJeune Marine Corps Base, is a known carcinogen.  Because benzene affects the bone marrow, leukemia is one of the most common cancers directly linked to benzene exposure.  Benzene can also damage the ovaries, so women who have been exposed to unsafe concentrations are more likely to suffer from infertility.  Leukemia and infertility are two of the conditions for which people who reside at Camp Lejeune can seek compensation, pursuant to the Camp Lejeune Justice Act.

The personal injury lawyers at the Stanley Law Group can help you if you have been diagnosed with cancer after exposure to benzene or other carcinogens at work or because of the location of your residence.  Contact The Stanley Law Group in Columbia, South Carolina or call (803)799-4700 for a free initial consultation.

By The Stanley Law Group | Posted on November 2, 2022
« An Electrode Implanted In The Brain Could Help Improve Memory Function In People With Brain Injuries
The Most Common Reasons For Premises Liability Lawsuits »