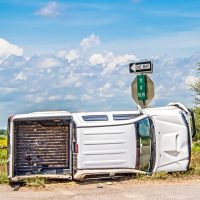 Even if you consider several vehicle models before deciding which one to buy, hardly anyone has to spend time deciding whether they would rather have a car or a truck.  People choose cars when they want something fuel efficient that is easy to park in narrow parking spaces or to parallel park in downtown neighborhoods.  They choose trucks when they want to be able to transport large items, and trucks have an easier time on rural roads.  One of the dangers of pickup trucks and SUVs is that they are more susceptible to rolling over in the event of a collision, but vehicle design standards require manufacturers to build their trucks in a way that reduces the risk of the vehicle rolling over and protects against injury as much as possible in the event of a rollover crash.  If you have been injured in a car accident in which the design or manufacture of the vehicle made your injuries worse, contact a Columbia car accident lawyer.

Product liability laws make it possible for consumers to seek damages if they suffer injuries as a result of a design flaw or manufacturing defect in a consumer product.  When companies become aware of a defect in their products, they usually issue a safety recall in the affected items.  Several years ago, Melvin and Voncile Hill were driving a 2002 Ford F-250 on their farm in Georgia, when the truck overturned.  Because its roof collapsed, both occupants of the truck were killed.  Their family alleged that, if the roof of the truck had not collapsed, the victims would have survived.  They received a $24 million settlement in a wrongful death lawsuit.  Meanwhile, Ford had sold more than 5 million vehicles with the same style of roof as the one involved in the Hills’ fatal accident.

What Is the Difference Between Compensatory Damages and Punitive Damages in a Personal Injury Lawsuit?

A court recently ordered Ford to pay $1.7 in punitive damages due to selling millions of vehicles with the same kind of dangerous roof found in the 2002 Ford F-250.  Punitive damages are similar to a civil fine in that they are not meant to reimburse a specific injured party for financial losses but rather to deter the company from endangering people in the future.  When you request compensatory damages, they must be equal to the amount of the financial losses you suffered because of the defendant’s negligence (in this case, the defective roof), such as accident-related medical bills and lost income.  Non-economic damages, also called pain and suffering, are also a type of compensatory damages; their amount is determined based on the severity of the plaintiff’s injuries.

The personal injury lawyers at the Stanley Law Group can help you if your family member suffered a preventable injury because of a defective part in a motor vehicle or other consumer product.  Contact The Stanley Law Group in Columbia, South Carolina or call (803)799-4700 for a free initial consultation.

By The Stanley Law Group | Posted on October 27, 2022
« Is Surgery The Best Treatment For Mesothelioma?
An Electrode Implanted In The Brain Could Help Improve Memory Function In People With Brain Injuries »