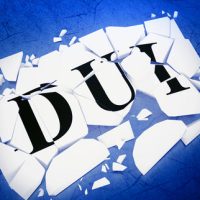 Parents, in their capacity as children’s legal guardians, have the right to file personal injury lawsuits on behalf of their minor children if the children suffer serious injuries in a preventable accident.  That means that, if someone else is transporting your child in a car and gets into a car accident that results in your child needing medical treatment, you might be able to collect damages from the driver, their insurance company, or the company that owns the vehicle.  In the event of a single-vehicle crash, there is usually no question about who is at fault for the accident, but getting the money you need and deserve takes work and expertise.  A South Carolina car accident lawyer can help you recover compensation for the cost of your minor child’s medical treatment for injuries resulting from an accident where you were not driving.

Driver Faces Child Endangerment Charges After Crashing Into a Tree

On Sunday, June 13, Alexandria Antoinette McCoy was driving her SUV on S.C. 97, about ten miles west of Chester.  In the vehicle with her were four children, the oldest of whom was ten and the youngest of whom was one year old.  It is not clear whether the youngest child was in an age-appropriate infant safety seat.  The Island Packet did not specify the ages of the other two children, but it appears that they were old enough to ride in a car without child safety seats, because the Island Packet mentioned the three oldest children were all wearing seatbelts.

At some point, McCoy lost control of the car, and it veered off the left side of the road and collided with a tree and an embankment.  The youngest child was admitted to a hospital in Columbia.  The other children suffered only minor injuries and did not require hospitalization.

McCoy, 27, was arrested and is being held in the Chester County Jail, where her bond has been set at $70,000.  She has been charged with DUI and four counts of child endangerment.  If convicted of all charges, she faces a maximum sentence of 15 years in prison.  The Island Packet did not specify her relationship to the children; she may be the parent or legal guardian of some or all of the children.  If she is not, then the children’s parents have the right to file a lawsuit against her, seeking damages for the financial losses they suffered due to the children’s medical bills.  They may still be able to win their case or receive a settlement even if McCoy is acquitted or if the charges against her are dropped.

Your Columbia car accident lawyer can help you exercise your legal rights in relation to a car accident in which your minor child was injured.  You may be able to recover the cost of your child’s medical bills and other accident-related losses.  Contact The Stanley Law Group for a consultation.

By The Stanley Law Group | Posted on August 10, 2021
« Is It Medical Malpractice When The Emergency Room Gives You Ambiguous Instructions?
How Much Is Your Motorcycle Helmet Protecting You? »