Close Menu
Columbia Personal Injury Lawyer > Blog > Personal Injury > What Is Honoring The PACT Act, And How Can It Help Veterans Exposed To Contaminated Water At Camp Lejeune?

What Is Honoring The PACT Act, And How Can It Help Veterans Exposed To Contaminated Water At Camp Lejeune? 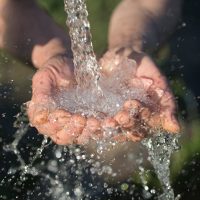 For decades, military personnel and their families who were stationed at Camp Lejeune Marine Corps Base and Marine Corps Air Station (MCAS) New River, both in North Carolina, were exposed to levels of environmental pollutants such as benzene, vinyl chloride, trichloroethylene (TCE), and perchloroethylene (PCE) at concentrations hundreds of times as high as what is considered safe.  The source of exposure was drinking water from two wells, which closed down in 1985 after environmental safety testing revealed dangerous levels of pollutants.  The true extent of the harm caused by the contaminated water is still becoming apparent, as people who resided at Camp Lejeune before 1987 and their children are continuing to receive diagnoses of cancer, neurological diseases, and infertility related to exposure to the contaminants.  People who became ill as a result of exposure to dangerous chemicals have the right to recover compensation, and Congress is considering federal legislation to provide needed medical care for people harmed by the Camp Lejeune water contamination.  A Columbia personal injury lawyer can help you get started seeking compensation even before the new law goes into effect.

Provisions of the Honoring the PACT Act

Remedies are available to veterans who have become ill because of occupational exposure to harmful chemicals, whether at Camp Lejeune or another site where they lived and worked during their military careers.  Veterans who were stationed at Camp Lejeune for 30 days or more before or during 1987 may file a claim for disability benefits if they have been diagnosed with cancer or Parkinson’s disease.  The VA will pay medical expenses, including reimbursement for out-of-pocket expenses, not only for veterans but also for their family members who were exposed to contaminated water at Camp Lejeune; this coverage encompasses not only cancer and Parkinson’s disease, but also a variety of neurological conditions and infertility.

Congress is considering the Camp Lejeune Justice Act, which would expand the benefits available to Camp Lejeune benefits and their families.  The Camp Lejeune Justice Act is part of the Honoring Our PACT Act, which offers wide-ranging benefits to military veterans who have suffered occupational diseases related to a variety of harmful exposures, including burn pits going back to the Vietnam War era.  It also includes benefits for people diagnosed with cancer due to exposure at the site of the 9/11 attacks.  The Senate voted against the most recent version of the bill, but it is likely that they will vote to pass a different version of it soon.  President Biden has expressed support for expanding access to compensation for veterans exposed to toxic substances, and he plans to sign the bill into law as soon as it passes the Senate.

The personal injury lawyers at the Stanley Law Group can help you if you have suffered a serious illness as a result of exposure to contaminated water at Camp Lejeune or MCAS.  Contact The Stanley Law Group in Columbia, South Carolina or call (803)799-4700 for a free initial consultation.