Close Menu
Columbia Personal Injury Lawyer > Blog > Car Accident > What Are Your Rights If You Get Injured While Riding In A Friend’s Car?

What Are Your Rights If You Get Injured While Riding In A Friend’s Car? 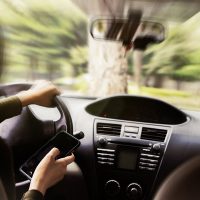 Robin Nichole “Niki” Knotts was an EMS worker in Darlington County.  She suffered an untimely and preventable death at the age of 41 when the SUV she was riding in was involved in a single vehicle accident.  On the Saturday evening after Thanksgiving, Donna Branhill was driving her 2008 GMC SUV on South Sansbury Road near Oak Stump Road; Knotts was riding in the front passenger seat and another person, whose name news sources did not release, was a passenger in the back seat.  None of the occupants of the SUV were wearing seatbelts.  Branhill lost control of the vehicle and crashed into a tree.  Knotts suffered fatal injuries, and the other two occupants of the SUV were treated for their injuries at the hospital.

Branhill was charged with DUI resulting in death and DUI resulting in serious bodily injury.  She turned herself in at the police station just before 8:00 in the morning on Wednesday, December 1.  A judge set her bond at $50,000 and ordered her not to have contact with Knotts’ family.  Branhill posted bond and was released from jail on the same day.

The court’s order that Branhill must not contact the victim’s family is significant.  The risk of intimidation of witnesses is often a major factor in determining whether the court will let a defendant bond out of jail until their trial.  Regardless of the outcome of the criminal case against Branhill, if she stays away from Knotts’ family while the criminal case is pending, they will have a chance to think more clearly about whether to file a wrongful death lawsuit in civil court.  They have the right to file a civil lawsuit even if Branhill is found not guilty at trial or if the criminal charges against her are dropped.

The personal injury lawyers at the Stanley Law Group can help you stand up for your legal rights after suffering a serious injury even if the person who caused your injury was someone you know personally.  Contact The Stanley Law Group in Columbia, South Carolina or call (803)799-4700 for a free initial consultation.