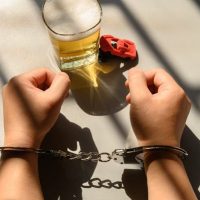 Local governments across South Carolina are ramping up efforts to prevent drunk driving, but all the catchy slogans and increased police presence can only do so much.  The maximum penalty for causing a fatal DUI collision is 25 years in prison, but tough penalties for DUI cannot repair the damage already caused by drunk driving.  Perhaps the biggest deterrent to drunk driving is to remember the people who died untimely deaths and suffered preventable injuries because of DUI collisions.  One of South Carolina’s laws against drunk driving is named Emma’s Law, named after Emma Longstreet, who died at the age of six after a drunk driver crashed into the car where she was a passenger.  Two years ago, a little girl and her grandfather died when a drunk driver collided with their car, and the man who caused the accident has entered a guilty plea.  To find out more about your rights after being injured in a drunk driving accident, contact a Columbia car accident lawyer.

The accident happened on November 7, 2019.  Charles Bazen was driving his pickup truck to a furniture store to help his daughter pick up some furniture.  His daughter was following him in her car.  Bazen’s two-year-old granddaughter Bella Jordan was in an age-appropriate car seat in her grandfather’s pickup truck.  While they drove on Pennyroyal Road, Keith Singleton of Georgetown was driving at 101 miles per hour in the opposite direction, when he lost control of his car and veered across the center lane.  He crashed head on into Bazen’s pickup truck, which caused the truck to crash into a ditch, flip over, and crash into a tree.  Bazen died at the scene, but first responders were able to free Bella from the car and transport her to a hospital, where she later died.

Singleton was not seriously injured in the crash; in fact, he was able to way away from the car.  A breathalyzer test and other forensic tests showed that, at the time of the accident, his blood alcohol content (BAC) was above the legal limit and that he was under the influence of cannabis.  His driver’s license was also under suspension at the time of the accident.  Singleton, 44, was later charged with two counts of felony DUI resulting in death; he pleaded guilty to both counts.  He could have faced a sentence of up to 25 years in prison for each count.  In November 2021, the court handed down two 22-year sentences, which Singleton must serve concurrently.

The car accident injury lawyers at the Stanley Law Group can help you stand up for your legal rights and recover economic and noneconomic damages if you suffered severe injuries and financial losses after a DUI accident.  Contact The Stanley Law Group in Columbia, South Carolina or call (803)799-4700 for a free initial consultation.

By The Stanley Law Group | Posted on January 26, 2022
« Pickens Man Charged With Felony DUI After Collision That Killed Motorcyclist
What Are Your Rights If You Get Injured While Riding In A Friend’s Car? »