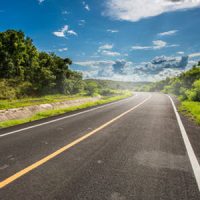 Even as the delta variant of COVID-19 rages and the lambda variant lurks on the horizon, in-person schooling is definitely happening this year, which means that back to school season is here.  This means that yellow school buses will be a much more consistently frequent sight on the roads of South Carolina, starting this month, than they have been for the past year and a half.  The sight of a yellow school bus is enough, one hopes, to remind drivers that driving at safe speeds is worth the caution it requires.  This should be something to take for granted, but drivers seem to have taken a “school’s out” approach to safety throughout the pandemic, even as in-person school attendance fluctuated.  If you have been injured in a car accident resulting from excessive speed on a mostly empty road, contact a South Carolina car accident lawyer.

A False Sense of Safety

Starting in the 1980s, traffic fatalities in the United States have been steadily declining, or at least they were until recently.  This increase in road safety, or at least in limiting the severity of injuries resulting from traffic accidents, is mostly attributed to two factors.  First, laws against driving under the influence of alcohol (DUI) became more widespread and more restrictive; today, it is a crime in all 50 states to drive when your blood alcohol content (BAC) is 0.08 or higher, and several states even impose criminal penalties on drivers with a slightly lower BAC.  Second, seatbelts for drivers, front passengers, and rear passengers became standard in cars and other passenger vehicles, and many states have seatbelt laws.  South Carolina requires all drivers and passengers in most motor vehicles to wear seatbelts; school buses and public transportation vehicles are exceptions.  Pursuant to South Carolina’s seatbelt law, the police can pull you over and make you pay a $25 fine if you are not wearing a seatbelt.

In 2020, however, traffic fatalities were the highest they had been in more than a decade.  A disproportionate number of these accidents included extreme speed; there were more crashes involving people driving 100 miles per hour or more than there had been in any year in recent memory.  Likewise, the number of accidents involving drivers who were under the influence of alcohol or drugs was higher in 2020 than it had been in previous years.  Much of this had to do with the fact that so many in-person workplaces were closed.  With the road empty of commuters, there was more time for leisurely drives at dangerous speeds.  With bars and restaurants closed, there was nothing to do but get drunk with your housemates and go for a drive.

A Columbia car accident lawyer can help you recover damages if you got injured in a car accident where the driver was drunk, on drugs, or driving at a dangerously high speed.  Contact The Stanley Law Group for a consultation.

By The Stanley Law Group | Posted on September 24, 2021
« Family Files Medical Malpractice Lawsuit After Woman Drowns While Being Transported To Psychiatric Hospital
Is It Premises Liability If An Unlicensed Tattoo Artists Tattoos A Teen In A McDonald’s? »