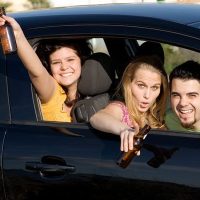 South Carolina’s drinking age has been 21 since 1984, so a whole generation has grown up with the idea that your 21st birthday is the first time when you could legally buy alcoholic beverages.  Showing your ID in a bar or liquor store when you have just turned 21 has become a rite of passage.  In fact, the reason that the drinking age is 21 has everything to do with driving, albeit not much to do with drunk driving.  In the early 1980s, as the federal government allocated federal funds to the states for the construction and maintenance of their highway systems, it prioritized the states where the purchase of alcoholic beverages by anyone below the age of 21 was illegal.  Earlier this month, a state representative introduced a bill that will lower the drinking age to 18 in some certain circumstances; he believes that doing so will prevent drunk driving and other risky alcohol-related behaviors.  Alcohol remains a factor in a disproportionate number of car accidents.  If you have been injured in an alcohol-related accident, contact a South Carolina car accident lawyer.

In November 2021, South Carolina House minority leader Todd Rutherford introduced a bill that will make it legal for people ages 18 and older to buy beer and wine.  The legal age for buying hard liquor will remain 21.  Rutherford argues that it is illogical to impose such severe restrictions on buying alcohol when the law considers 18-year-olds responsible enough to serve in the military, marry, and sign for student loans.  He also thinks that lowering the drinking age for beer and wine will reduce dangerous binge drinking for young adults.

A 12-ounce can of beer, a five-ounce glass of wine, and a one-ounce shot of liquor all have approximately the same amount of alcohol, the amount that the body can metabolize in approximately one hour.  No matter what kind of alcohol you drink, it is not possible to lessen the amount of time it will take before your blood alcohol content goes below the legal limit, which in South Carolina is 0.08 percent.  (Most adults must drink more than one alcoholic beverage before their blood alcohol content reaches this level.)

Lowering the drinking age may reduce dangerous alcohol-related behaviors, including drunk driving, but it does not change the fact that people below the age of 21 have less than five years of driving experience.  A person who has only consumed a small amount of beer or wine is still capable of causing a serious accident if they are an inexperienced driver.  It remains to be seen what the legislature will decide about drinking and driving laws for young adults if Rep. Rutherford’s bill becomes law.

The Columbia car accident lawyers at the Stanley Law Group can help you stand up for your legal rights if you have been injured by an inexperienced driver.  Contact The Stanley Law Group in Columbia, South Carolina or call (803)799-4700 for a free initial consultation.