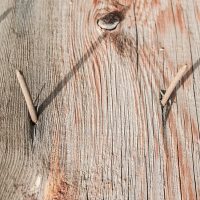 When you read news reports about the amounts that courts award in personal injury cases, you might wonder why someone would need millions of dollars after suffering a serious injury caused by someone else’s negligence.  Medical bills are expensive, but do they cost millions?  The medical expenses related to a permanent injury can certainly add up to millions over a lifetime, but that is not the only thing that damages awards are meant to pay for.  In the case of very severe injuries, they also compensate for noneconomic damages, which are the aspects of life that a person lost because of the injury.  There is no consensus about the dollar value of never being able to go hiking again or no longer recognizing your grandchildren, but think about how much would be missing from your life without those things, and you will understand why damages amounts in personal injury cases are so high.  A Columbia premises liability lawyer can help you if unsafe conditions at a place of business were the cause of your injury.

One day in July 2015, April Jones was shopping in a Walmart in Lexington.  When she walked past some wooden pallets, she felt a sudden, sharp pain in the bottom of her foot and saw that a nail had punctured her sandal and her foot.  Knowing that prompt treatment is the best way to prevent infections from a wound like this, she went immediately to the hospital emergency room.  The doctors soaked and cleaned her foot, administered a tetanus shot, and gave her prescription antibiotics.  At her follow-up appointment several days later, the doctor told her that such a severe infection was present in one of her toes that she would need to have the toe amputated.

Over the next few months, doctors followed Jones’ situation, and she had several other toes amputated.  One doctor suggested amputating half of her left foot, but another advised her to wait.  Then she woke up one morning in January 2016 and found that her entire foot had turned black; to prevent life-threatening complications, doctors amputated her leg above the knee.

Jones sued Walmart in 2017, alleging that Walmart employees had a responsibility to know that the nail was present.  Walmart claimed that the nail that caused Jones’s injury was too small to have come from the nearby pallets.  In December 2021, a jury determined that Walmart must pay Jones $10 million in damages.  Jones plans to use the money for past and future medical expenses, including the services of a home health aide, and for the costs of making her house wheelchair accessible, since she has needed to use a wheelchair since the accident.

The personal injury lawyers at the Stanley Law Group can help you stand up for your legal rights if you have suffered a permanent injury due to someone else’s negligence.  Contact The Stanley Law Group in Columbia, South Carolina or call (803)799-4700 for a free initial consultation.