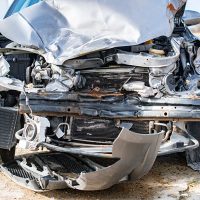 All defendants in criminal cases have the right to be presumed innocent until proven guilty at the conclusion of a trial or after entering a guilty plea.  By this logic, you might expect that everyone who has been accused of a crime but not yet convicted of it should be able to be free and to go on with their lives as normal until their trial.  In practice, whether a judge allows a defendant to bail themselves out of jail until their trial, and how high the judge sets the bail amount, depends on the risk that the defendant will try to destroy evidence that the prosecution could use against them or will try to intimidate or manipulate witnesses.  The defendant in this week’s news story is facing charges of felony DUI resulting in death and has received orders not to contact the victim’s family; staying away from them is a condition of her bail.  If you are suffering from serious injuries, and the resulting financial hardships, because of the negligent actions of a drunk driver, contact a Columbia car accident lawyer.

The accident happened just after 3:00 in the afternoon on Christmas Eve.  According to South Carolina Highway Patrol, Lyndsay of Wellford was driving her 2014 Dodge Durango east near Spartanburg Road.  Stanton’s vehicle drifted across the center lane, and she collided head on with a 2012 Ford Escape.  The driver of the Ford Escape, Sara Ann, was pronounced dead at the scene.  She was 66 years old.  Her great-granddaughter was a passenger in the car.  She was airlifted to the hospital for treatment of her injuries.

Lyndsay, 34, is facing criminal charges for felony DUI resulting in death and for possession with intent to distribute.  The WSPA 7 news website did not specify which controlled substance was allegedly in Lyndsay’s possession at the time of the accident.  To make an already heartbreaking situation even more tragic, the injured child is a schoolmate of Lyndsay’s children.  Lyndsay was jailed in Spartanburg County, and her bail had been set at $5,000.  One of the conditions of her bail is that she is not allowed to have contact with any of the victim’s family members.  This provision of bail is common in DUI fatality cases where the victim and the drunk driver knew each other.

If convicted, Lynsday could face a long prison sentence.  Regardless of the outcome of the criminal case against her, Sara Ann’s family has the right to file a wrongful death lawsuit and a personal injury lawsuit on behalf of the injured child.

The personal injury lawyers at the Stanley Law Group can help you seek damages if you suffered injuries in an accident involving a drunk or drugged driver.  Contact The Stanley Law Group in Columbia, South Carolina or call (803)799-4700 for a free initial consultation.

By The Stanley Law Group | Posted on December 27, 2022
« Would Driverless Cars Be Safer If They Had Googly Eyes?
Can Camp Lejeune Veterans Get Compensation For Hepatic Steatosis Claims? »