Can Camp Lejeune Veterans Get Compensation For Hepatic Steatosis Claims? 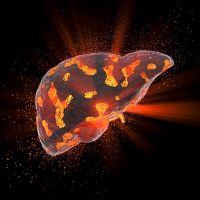 Your liver is one of the many parts of your body that you never think about unless it malfunctions.  In fact, if you have never had a serious liver disease, you probably only know the approximate location of your liver (somewhere in your upper abdomen) and can’t say for certain which organs are directly above, below, in front of, behind, or next to it.  Most of the time, liver diseases do not begin to show symptoms until the liver damage is severe, and the first symptoms are nonspecific, such as fatigue or itching.  Exposure to volatile organic compounds through drinking water, such as those found in water contaminated by cleaning solvents, increases the risk of a variety of liver diseases, from the very common condition of hepatic steatosis to rarer forms of liver cancer.  Pursuant to current legislation, hepatic steatosis is one of the diseases for which people who were exposed to water contamination at Camp Lejeune Marine Corps Base before 1988 have the right to file claims for compensation.  If you lived at Camp Lejeune before 1988, even if you were a child when you were there, and you were later diagnosed with fatty liver disease, a Columbia personal injury lawyer.

Hepatic steatosis is the medical term for an abnormally high concentration of fat in the liver; thus, it is also known as fatty liver disease.  It is a common medical condition; approximately three in ten Americans receive a diagnosis of hepatic steatosis at some time in their lives.  Risk factors include obesity, type II diabetes, and excessive consumption of alcohol.  If untreated, it can lead to serious complications, such as cirrhosis or liver failure.  Treatment of hepatic steatosis involves treating the underlying conditions, for example, by losing weight, quitting drinking, or managing one’s diabetes.

What Does Hepatic Steatosis Have to Do With Camp Lejeune Water Contamination?

The evidence linking exposure to the volatile organic compounds found at Camp Lejeune to an increased risk of hepatic steatosis is sufficient that the Camp Lejeune Justice Act includes hepatic steatosis as a compensable condition.  This means that former residents of Camp Lejeune who later developed fatty liver disease can get their medical expenses for hepatic steatosis paid for through a claim.  Although hepatic steatosis is not an incurable or life-threatening condition like some of the diseases from which Camp Lejeune veterans and their families have suffered, the treatments for it can still add up to tens of thousands of dollars.  Do not let your fear of expensive healthcare costs stop you from getting the treatment you need to preserve your health; talk to a personal injury lawyer about your water contamination-related health problems.

The personal injury lawyers at the Stanley Law Group can help you recover compensation from responsible parties if you are suffering from a chronic illness that could have been prevented if not for someone else’s negligence.  Contact The Stanley Law Group in Columbia, South Carolina or call (803)799-4700 for a free initial consultation.