In Order For Car Safety Features To Keep People Safe, They Need The Support Of Public Opinion 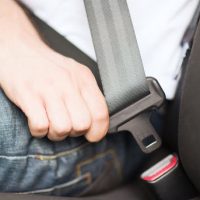 By now, every fourth grader whose teacher tried to lighten the mood during an online class session by sharing interesting facts knows that the automobile feature that has contributed the most to vehicle safety is not any of the bells and whistles associated with autonomous vehicle technology but the humble seatbelt.  In fact, seatbelts have been standard in vehicles and seatbelt laws have been in place in most states for as long as the younger generation of drivers can remember.  Why, then, does South Carolina still see so many preventable car accident fatalities where the victims were not wearing seatbelts?  In general, it is because people must care enough about their own safety and be convinced that it is worthwhile to wear a seatbelt.  If you have been injured in a car accident, whether or not you were wearing a seatbelt, contact a South Carolina car accident lawyer.

How Safe Are Seatbelts?

Seatbelts are more effective than any other passenger vehicle safety feature at preventing fatalities and catastrophic injuries in the event of a car accident.  They do this by preventing the driver or passenger from being ejected from the vehicle, thereby reducing the risk of death.  Seatbelts accomplish this better than any other feature; airbags help, but a seatbelt and no airbag is better than an airbag and no seatbelt.  (Seatbelt plus airbag is best, which is why new cars have airbags to protect all occupants.)  According to Mercedes Streeter of Jalopnik, seatbelt-less riders account for only 14 percent of motor vehicle occupants, but they account for approximately half of traffic fatalities.

Why Would Someone Choose Not to Wear a Seatbelt?

Streeter goes on to describe how, in the 1970s, when seatbelts became a common occurrence in cars, some people wore them, and some didn’t.  In the 1980s, local and state governments imposed seatbelt mandates, popularly known as “click it or ticket” laws.  Naturally, people resisted; people don’t like being told what to do, and cars represented freedom (at least until the advent of the car phone, when your boss, parents, and spouse could still harangue you even when you went out for a drive to get away from them).  People attempted to avoid the laws by taking roads where they were less likely to encounter traffic cops, even if it meant a longer commute.  Some rugged automotive cowboys even complained that seatbelts wrinkled their clothes; one wonders if they would complain that showing up with hat hair after removing one’s cowboy hat was a similar faux pas.

The COVID-19 pandemic saw an uptick in riders forgoing seatbelts and also an uptick in traffic fatalities.  This was less about not wanting to be told what to do, though, and more about being out of the habit of wearing pants with buttons and any sort of footwear; it is easy to forget to buckle a seatbelt when you haven’t tied a shoelace or buttoned a trousers fly in months.

A Columbia car accident lawyer can help you recover damages after a car accident, even if your lack of a seatbelt means that you were partially at fault for the accident.  Contact The Stanley Law Group for more information.