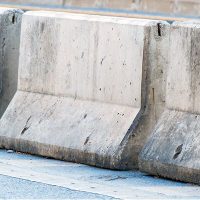 Road construction on interstate highways is, in the very best of circumstances, an annoyance that makes drivers’ commute times slower and, at worst, a catastrophe waiting to happen.  Anyone who has driven on I-85 in Cherokee County in the past few months knows the inconveniences and the dangers of the construction chutes that have been in place since the South Carolina Department of Transportation (SCDOT) began its project of widening I-85 by increasing the number of traffic lanes.  After two fatal accidents since the project started, the family of a woman killed in a six-vehicle pile-up in the construction zone has filed a wrongful death lawsuit against the SCDOT and other parties involved in the accident.  If you are seeking justice after a truck accident, contact a South Carolina truck accident lawyer.

A section of I-85 in Cherokee County has been undergoing construction as part of a project to widen the highway.  To facilitate construction, the SCDOT had traffic chutes installed; one of them has since been removed, and the removal of the other one will take place before the end of 2021.  Since the chutes have been in place, they have been the site of two fatal collisions.  The second was an eight-vehicle pile-up that occurred in July 2021, in which a tractor-trailer crashed into five cars, which in turn collided with two others.  The collision resulted in three fatalities, namely Thomas McElroy, 58, Ruth McElroy, 60, and Karen Goggin, 60.  The McElroys were residents of Townville, but Goggin lived in Virginia.

In September 2021, Thomas Goggin, the husband of Karen Goggin, filed a wrongful death lawsuit seeking damages for the preventable untimely death of his wife.  He alleges that John Ferguson, the driver of the tractor-trailer, was driving carelessly, and he also named Ferguson’s employer, Cowan Systems, Inc. as a defendant because companies are legally responsible for damage caused by their employees in the context of their work and because Cowan owns the truck that Ferguson was driving.  He alleges that the SCDOT acted negligently by choosing to install narrow chutes where, in the event of a collision, drivers have no way to get out of the way and can easily get trapped against the wall.  He also names as defendants two companies hired for the construction project, Blythe Construction and Zachary Construction, alleging that they were negligent by knowingly creating a dangerous work zone.

The fact that commercial trucks are huge makes truck accidents more destructive, but sometimes it is the negligence of multiple parties that led to a catastrophic truck accident.  A Columbia car accident lawyer can help you recover damages if a family member of yours was injured or killed in a preventable accident involving a commercial truck.  Contact The Stanley Law Group for help today.

By The Stanley Law Group | Posted on October 21, 2021
« Who Is Legally Responsible For Alligator Attacks In South Carolina?
In Order For Car Safety Features To Keep People Safe, They Need The Support Of Public Opinion »