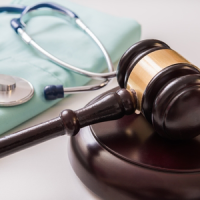 The statute of limitations for medical malpractice lawsuits is three years.  That means that you have three years to file a lawsuit, starting from the date the error occurred, such as in instances where a surgeon or anesthesiologist error injures a patient during surgery, or from the date the harm was discovered, such as when a second opinion reveals that the patient’s previous doctor’s diagnosis was incorrect.  If you are late in filing the lawsuit, the court will dismiss your case without even giving you a chance to make your arguments.  Therefore, the safest thing to do is to meet with a South Carolina medical malpractice lawyer as soon as you find out that a medical error has worsened your health and identify all possible defendants who played a role in causing your injuries, so that if you decide to sue any of them, you will not have missed the deadline.

In October 2001, Michael visited his primary care physician and expressed concern about a mass on his thigh.  The primary care doctor said that it was a type of blood clot called a superficial venous thrombosis (SVT) and that Michael should come back if it does not go away in three months.  By January, the mass had not gone away, so Michael returned to the same doctor, who referred him for a venous Doppler study, and based on the results of that test, reaffirmed that it was an SVT.  In July 2002, the primary care doctor referred Michael to a surgeon to remove the mass.  The surgeon also examined the mass and diagnosed it as an SVT.  To rule out cancer, the surgeon ordered a CT scan of Michael’s abdomen and chest and found no signs of cancer.  In August, Michael visited a different surgeon, who also did a Doppler study and concluded that the mass was an SVT.  The second surgeon removed the mass in March 2003; he tested the removed tissue and determined that it was a type of cancer called malignant leiomyosarcoma.  He immediately referred Michael to an oncologist, but by that time the cancer had spread.

In August 2005, Michael filed a medical malpractice lawsuit against the primary care physician.  The lawsuit was timely, since the statute of limitations began on the date of his cancer diagnosis in March 2003.  Michael died of cancer in December 2006.  In 2007, Michael’s estate, represented by his daughter, tried to sue the two surgeons who had also misdiagnosed him, but the court ruled that those lawsuits were barred by the statute of limitations.

Early detection improves the prognosis of many types of cancer.  A Columbia personal injury lawyer can help you if your doctors misdiagnosed your cancer, costing you valuable time that you could have used to seek life-saving treatment.  Contact The Stanley Law Group for more information.